Take other women's children from them as they are born.

Ubume is a youkai from Japanese folklore, being the ghost of a woman who died in childbirth and seeks both revenge and the ability to have a child of her own by taking newborns from their mothers.

In folklore, Ubume was a woman set to give birth to a child. However, she died during the delivery, and the child died before it even exited the womb. The child was not removed, and Ubume's grief-stricken ghost was left in a state of restless limbo due to never being able to hold her child to her bosom.

Ubume eventually decided that she would hold a child, dead or alive, and relieve the aching longing in her heart to do so. She went mad, and her ghost returned to haunt the delivery rooms of hospitals. Patches of rot or mold indicate her presence, and she will lie in wait for babies to be born so she can snatch them up and carry them away, with one child never being enough to satisfy her longing.

In order to help prevent against this, hospitals will not hesitate after a baby is born to place the child in its mother's arms. Ubume knows a mother's hold is too powerful for her to break, and will not interfere. Even if mother, child, or both die during the delivery, doctors will still remove the child and place it in the mother's arms, so the mother/child's soul will be at rest and not end up like Ubume. It is rumored that Ubume is capable of physically attacking mothers, and will attempt to claw through the mother's stomach and uterus to get to the child if delivery is not performed. Even in extreme case where the child cannot be retrieved conventionally, C-sections will be performed to ensure that every delivery, failed or successful, will not result in Ubume taking a child or killing a mother.

In other versions, Ubume is seen as a wandering ghost carrying a baby, that will request passersby to hold her infant, then disappear. The passersby will then note a gradual change in the baby's weight, then see it to be nothing but a swaddled boulder or bundle of rocks.

Ubume's story has resulted in the practice of doctors giving newborns to their mothers, regardless of condition, to continue in Japan into the modern era. The Creepypasta story "Protection Ritual Against Ubume" details this practice and describes Ubume herself. The manga The Summer of Ubume also provides a telling of the story. 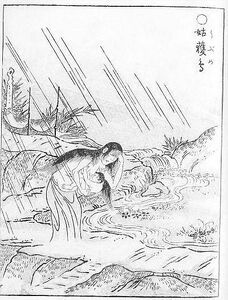 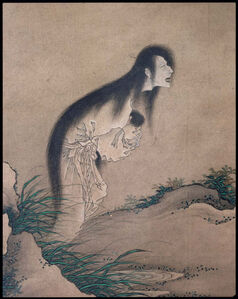 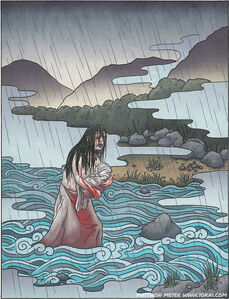 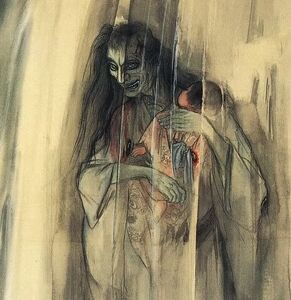 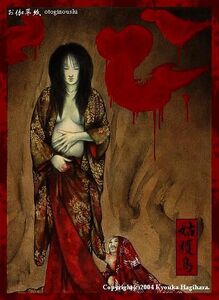 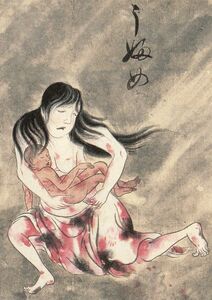 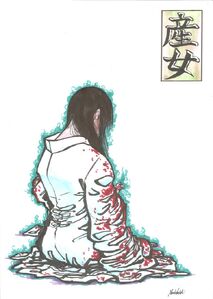 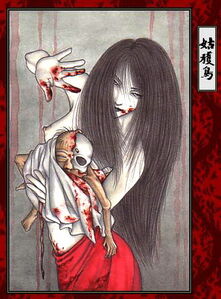 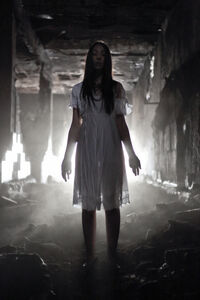 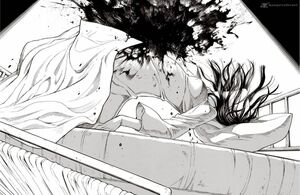 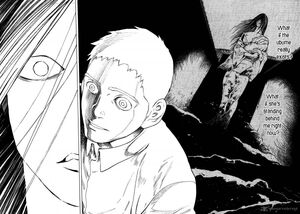 Retrieved from "https://villains.fandom.com/wiki/Ubume?oldid=3985682"
Community content is available under CC-BY-SA unless otherwise noted.