Get back to the Syndicate's payroll.

Get his revenge on Jet. (both failed)

Udai Taxim is a minor antagonist in the anime series Cowboy Bebop, serving as one of the two main antagonists in episode Black Dog Serenade, along with Fad. He is a psychopathic and sadistic assassin who previously worked for Europa Syndicate before being arrested. His weapon of choice is throwing knives.

He was voiced by Kōsei Hirota in the Japanese version, and by the late Barry Stigler in the English version.

Udai used to work for Europa Syndicate and was one of its most valuable members. One day, he was ordered to either kill or injure the former ISSP agent Jet Black for refusing to be part of the syndicate's pay roll. Udai conspired with Fad, Jet's partner, to take him down, which resulted in him losing his left arm.

Sometime later, Udai was arrested and transferred to a prison ship that was heading to Pluto. Along with a group of prisoners, Udai manages to hijack the ship, slaughtering countless guards and the pilots in the process. After a brief argument with a violent, trigger-happy inmate, Udai takes command by slashing the inmate's throat and then sends his men to break through the police force that was surrounding them, killing them all.

When Jet and Fad board the ship, Udai decides to take Jet one-on-one. During the fight, Jet accuses Udai of being responsible for him losing his arm until Udai reveals that he wasn't the one to personally pull the trigger. He is subsequently betrayed and shot in the head by Fad before getting the chance to reveal Fad's involvement in Jet's injury. 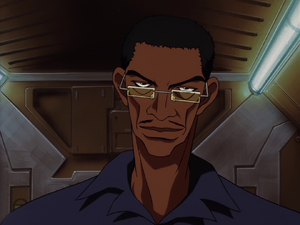 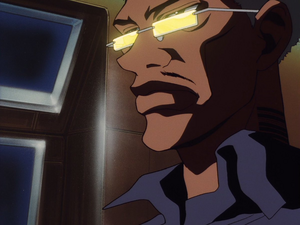