Working for the police force.

Forcing Brushogun to create villains to capture to make him a hero.

Frame the Titans for his crimes.

Continue to look like a hero in Tokyo (all failed).

He resembles a parody of Lupin the 3rd character Inspector Zenigata. Daizo was originally called a hero, but in the end, it was revealed that he had captured the criminal Brushogun, who the Teen Titans arrived in Tokyo to search for, and was forcing him to use his powers to create monsters, supervillains and criminals he could capture and imprison in order to be praised as a hero. He also the second archenemy of Robin.

He was voiced by Keone Young, who also played Katarou in Teen Titans, Jei in Teenage Mutant Ninja Turtles and Silas Sinister in Return to Halloween.

Daizo first appeared when he sent his troopers to capture a giant green reptilian monster named Deko-Mida. He later invites the Teen Titans to his hideout to inform them on how he and his organization operate. When Robin asks about Brushogun, Daizo laughs him off and informs him that Brushogun is actually just an urban legend.

Later into the film, Daizo arrests Robin for killing Saico-Tek (fully aware he was actually just one of Brushogun's creations and not a real person) and sent him to jail.

After a wild goose chase from chefs, girls who are in love with Beast Boy, and Brushogun's creations, the Teen Titans entered Brushogun's hideout. Daizo then revealed that he was the real mastermind, and sent his troopers to attack Robin and his friends. While Daizo tried to flee, Robin confronts him, but Daizo leaped into Brushogun's magical ink vat and fused with Brushogun to turn himself into a giant ink monster. After Brushogun was freed by Robin and died from age and exhaustion, Daizo's giant ink form, along with his powers, disappeared. Daizo was then (presumably) arrested for his crimes against Tokyo. 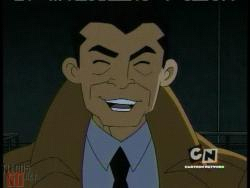 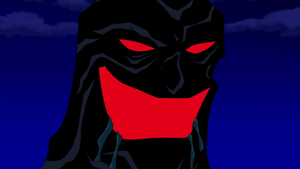