Ulik is a villainous troll who fights the Marvel superhero Thor.

Ulik is the strongest and fiercest Rock Troll. He was born millennia ago in Asgard. Other than that, not much has been revealed of his early history. The only other information known about Ulik is that his parents are known to be killed by Frost Giants, and Ulik has watched over his brother Horth ever since.

Thor met Ulik when the Troll King Geirrodur's attempted takeover of Asgard. While that was happening, Ulik attempted to steal Thor's hammer for the Trolls. Later on Earth, he traps Thor in his civilian guise as Donald Blake, and tries to gain the power of Thor with his cane. Blake tells him to strike it again, although Ulik says if this fails he will kill Blake, but when Ulik brings the cane down, Blake suddenly holds it, meaning that he transforms into Thor and defeats Ulik.

Ulik returns on a regular basis: battling Thor and being thrown down a deep hole before accidentally waking Odin's ancient foe, the unstoppable monster Mangog, hoping that he can be used as an ally against Asgard after reading an inscription on the prison door by Odin, but Mangog refuses to thank Ulik and attacks him, forcing the troll to run for his life; aiding Geirrodur once again; kidnapping Thor's mortal love Jane Foster; and battling Thor for possession of a mystic artifact called the Ruby Eye. The character has also travelled to Earth a few times and battled both Thor and Olympian ally Hercules.

Ulik possesses various superhuman physical attributes common to the Rock Trolls, only some of them are far more developed than the vast majority of his race. 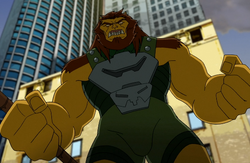 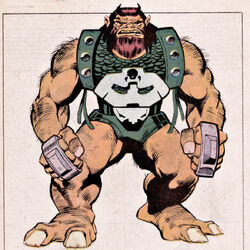 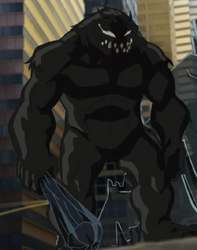