The Mage of Time
Ur
Zalty

Playing with her magic ball.

Travel back in time to alter her past (formerly).

Destroy all the Dark Guilds (formerly).
Live the remainder of her life in peace.
Taking Over Jellal's Body (formerly).

Ultear Milkovich is a female Mage and a major recurring antagonist of the Fairy Tail series, being the secondary antagonist in both the Galuna Island arc and the Tenrou Island arc. Despite seemingly being in the service of Lyon Vastia and Jellal Fernandes, she was really only manipulating them and truly served under Hades.

After the timeskip, she formed the group Crime Sorciere alongside Jellal, a band dedicated to keeping peace and bringing in criminals.

She was voiced by Miyuki Sawashiro in the Japanese version of the anime, and Lydia McKay in the English version, the latter of whom also voices Kuroka, Chizuru Kirishiki and Kureha Tsuwabuki.

She is a former member of Grimoire Heart. She was the eldest of the Seven Kin of Purgatory, the strongest team in her guild. She later becomes an independent Mage of Crime Sorcière. Currently she is living out her life in peace as an elderly woman.

Ultear lived happily when she saw Ur with Gray and Lyon as her new apprentices, Ultear assumed that Ultear willingly let them continue their experiments on her until she raised her Magic power to an incredible level. She escaped again.

Ultear quickly wished for at all, she contrarily states that it is now something that she wants. 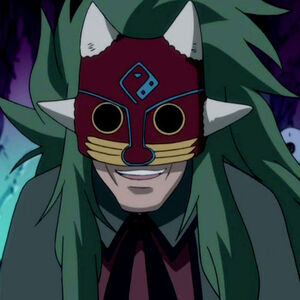 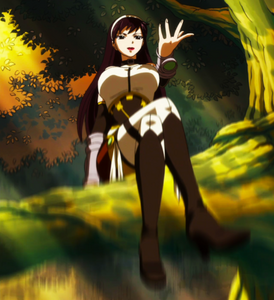 Ultear sits on a tree. 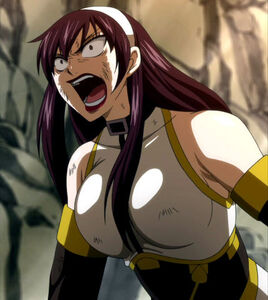 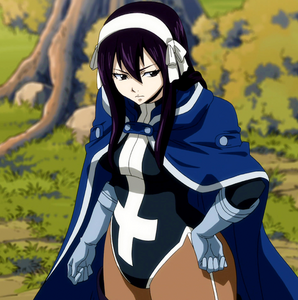 Ultear after the timeskip. 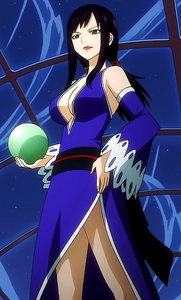