UltraTech (spelled Ultratech), also known as UltraTech Corporation (also spelled Ultratech Corporation), is a evil company that make researches in many areas such as genetics and robotics and the major villains in the Killer Instinct videogame series. It's main goal is to create the ultimate weapon to rule the world.

In the future, technology have highly advanced, but not all was for good. The world was in a state of chaos, as all governments had fallen, and now mega-corporations battle each other to see who will rule all. UltraTech rises above the others. Rather than joining in direct battles with their competitors, UltraTech has profiled from their suffering by selling them the very weapons they use against each other.

But UltraTech's main profit comes from entertainment. UltraTech sponsors the Killer Instinct tournament, in which there are no rules. This bloody tournament is aired on TV with several cuts, to no shock it's public. But Killer Instinct's main purpose is to serve as a testing ground for UltraTech's many researches. UltraTech promises to the winners anything they desire, and anyone foolish enough to fall into the trap will have to face Ultratech's enhanced beasts. 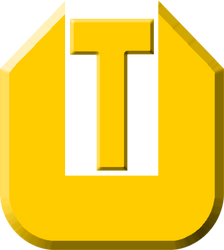 The original public logo of UltraTech (aka UltraTech Corporation). 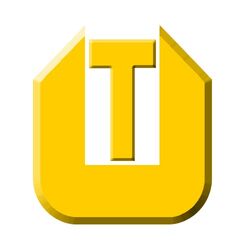 The original public logo of UltraTech Corporation (aka UltraTech). 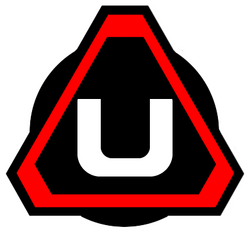 The new, official public logo of UltraTech as seen in the Killer Instinct reboot.
Add a photo to this gallery
Retrieved from "https://villains.fandom.com/wiki/UltraTech?oldid=960326"
Community content is available under CC-BY-SA unless otherwise noted.