Linking or bonding with objects or beings

Practically combining with everything in their ways.

The Ultralinks are recurring antagonists in the 2013 Max Steel reboot series (first appearing in the episode come together part one), and also appear in the 2016 film based off of it. Most of them are very evil (only know expetions being steel and torbolt) and come in many shapes and colors, and bond with anything they enter in contract with. Then they turn into a mutant or monster. They will also be part of the Invasion of Ultralinks, which is where a lot of Ultralinks team up and want to conquer the world and destroy Max Steel. In the 2013 TV series, some Ultralinks are Makino, The Elementors, and others.

They were created by Makino, their ruler and leader, years ago and from there on they were used as tools to conquer multiple wordls

Megalinks are upgraded versions of Ultralinks and are given more difficult, IQ-pressing and demanding tasks.

Avatak is a villain from Max Steel Reboot. He appeared in the episode "Digital Meltdown". Like Plaztek, he is an Ultralink who accidently ultralinked with an unintended target.

Avatak first appeared in DIGITAL MELTDOWN when one of Makino's henchmen tried to link the ultralink with a gun laying around but it accidently ultralinked with a video game console that Toxzon had laying around. It was supposed to carry out Makino's mission to destroy the Earth but it was used by Toxzon as a tool to destroy Max Steel. Toxzon prepared the game to trap Max Steel in it.

When Max McGrath started to play the game, Toxzon hacked it and used it as a tool to cause mass destruction. Max Steel had to fight against Avatak in the video game to save the people who were being manipulated by the game. Avatak was going to unleash a pulse that would have destroyed Copper Canyon and the world. Avatak and Toxzon were defeated by Max Steel and the people were saved. Avatakwas destroyed after losing the game.

The Centipede Link, is a giant monster that is half Ultralink and half Centipede that first appeared in "Earth Under Siege Part Two", which is the Season Finale of Season 1. It could be that when the Evil Ultralinks were being launched from the Makino Ship, possibly one of the Ultralinks came in contract with a centipede, and then turned it into a monster. Then it might had entered the ship and then attacked Commander Forge Ferrus, Max McGrath, and Steel. Then the same one ate Forge's left arm and then it might had died when the ship was destroyed. 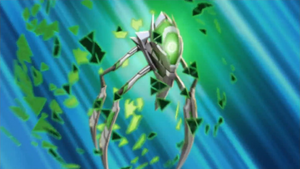 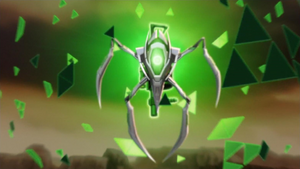 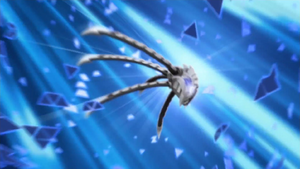 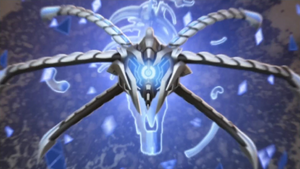 Retrieved from "https://villains.fandom.com/wiki/Ultralinks?oldid=3892538"
Community content is available under CC-BY-SA unless otherwise noted.