Images and videos of the evil robot known as Ultron from the Marvel Cinematic Universe. 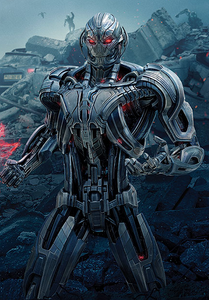 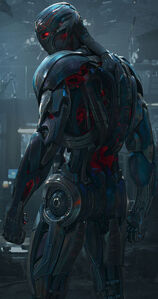 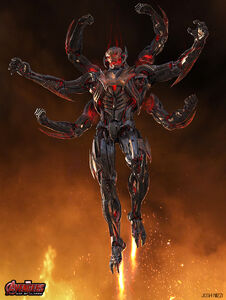 "There are no strings on me." Ultron's evil grin.

Ultron holding a deactivated Iron Legion before removing its mask.

The first body of Ultron destroyed.

"I'm going to tear you apart."

Ultron turns back when Iron Man, Thor and Captain America arrived to the ship.

Ultron falling, due to kicked out from Quinjet by Hulk in retaliation of murdering Pietro.

Ultron's last moment in his Ultimate Ultron body before it rendered useless by Wanda whom pulled his mechanical heart off.

Ultron speak to Vision with his last body, a battle damaged but still functional Ultron Sentry. 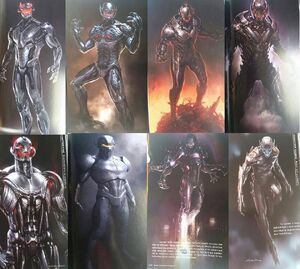 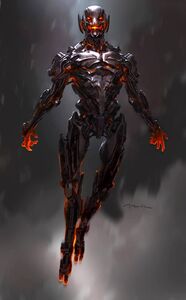 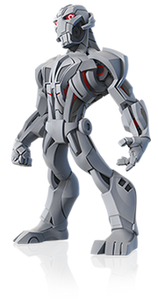 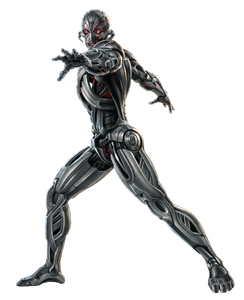 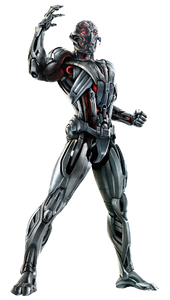 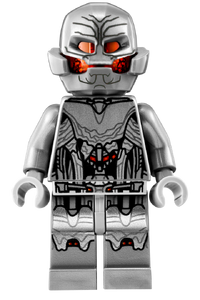 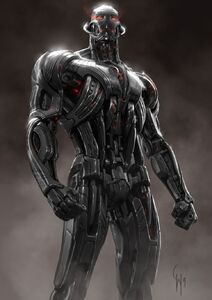 Ultron Sentinels, functions as Ultron's minions and extension of himself (Whenever he possessed one of the Sentinels, the sentinel's body glow in red instead of usual blue). 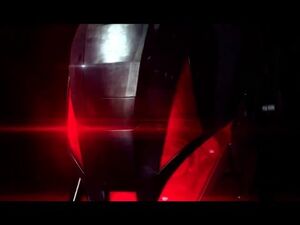 Ultron's appearance in the teaser for "Age of Ultron". 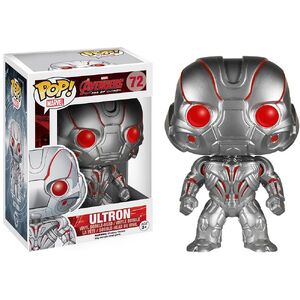 Ultron's Funko Pop.
Add a photo to this gallery 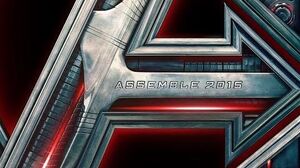 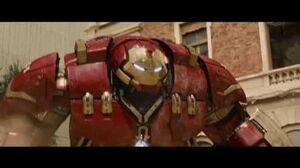 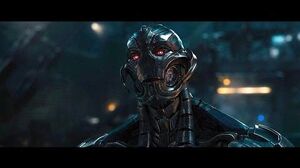 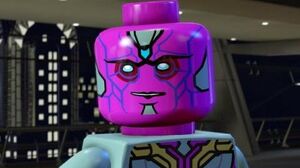 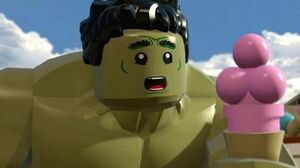