Destroy all humans and replace them with machines and then take over the world.

Ultron is the main antagonist of the upcoming sequel to the The Avengers, Avengers: Age of Ultron.

He will be portayed by James Spader. 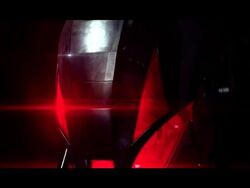 Retrieved from "https://villains.fandom.com/wiki/Ultron_(Marvel_Cinematic_Universe)?oldid=906849"
Community content is available under CC-BY-SA unless otherwise noted.