Merged form of Ultron and Sigma

Turning the living into cybernetic slaves.

Looking for the Infinity Stones.

Gain all the Infinity Stones.

Conquer the Marvel and Capcom universes.
Turn all organic life into "perfect" machinery or cyborgs.

Ultron Sigma is the merged form of Ultron and Sigma and the main antagonist of Marvel vs. Capcom: Infinite alongside Jedah and Lady Death. He is voiced by Jim Meskimen and Chris Tergliafera, the voice actors for Ultron and Sigma, respectively. His "voice" is that of both Ultron and Sigma's voices overlapping each other, owing to his being fused from the two characters.

After Death is convinced by Jedah into merging both the Marvel and Capcom universes in order to bring equilibrium between life and death, she calls upon Thanos and gives him the Space Stone, ordering him to find the remaining five while pointing out the Reality Stone was out of reach. Thanos calls Ultron and shows him Abel City, where the Stone is located, which was protected by a force field that only Ultron could cross, offering Ultron the city and all of it's wonders in exchange for his cooperation. Using the Space Stone's power, the two reach the field's border, so Ultron crosses it by enetering Cyberspace, where he is immediately confronted by Sigma. The two admired one another's mechanical natures, though Ultron disliked Sigma's pseudo-organic form, just as Sigma admit and considered his own form is nothing more than a mock-up of an actual organic lifeforms. Resolving to work together to "cleanse" both of their universes of organic life (of which they were both contemptuous), they move into Sigma's base on Abel City, where Sigma kept the Reality Stone. At this point, Ultron and Sigma began to betray Thanos, with Sigma had Ultron to stab his body and upload his A.I. into the former, merging together into a single being called Ultron Sigma. After defeating Thanos and taking the Space Stone, Ultron Sigma began use it and Reality Stone to not only transforming Ultron's old body, but also brings about "the Convergence", fusing the Marvel and Capcom universes into one. From there, he took over Asgard (now fused with Abel City to become "Xgard"), turned the Asgardian warriors into cybernetic slaves, and even managed to turn Thor into his puppet before the other heroes from both universes freed Thanos from Ultron Sigma and escaped with him.

After this, the heroes of the Marvel and Capcom universes work together to find the other Infinity Stones and stop Ultron Sigma. In the meantime, Ultron Sigma forges an alliance with the Grandmaster Meio, who works on creating a weapon inside Luanehnum's core using the Sigma Virus and the Power Stone. As the heroes separate to look for the Stones, Ultron Sigma sends his drones to track the heroes, eventually attacking the unprotected Avengers base himself. Iron Man, Spencer and Dr. Light then use their combined efforts to shortcircuit Ultron Sigma, causing an explosion which frees Thanos. Thanos attacks Ultron Sigma and overpowers him, cracking the Reality Stone. This causes their fusion to become unstable, so they retreat to repair themselves. After the heroes destroy Meio's weapon and a huge symbiote monster created by M.O.D.O.K. and Jedah, they take the three stones in their posession and attack Xgard while Dante goes after Jedah to retrieve the Soul Stone in his possession. When the heroes finally reach Ultron Sigma, he reveals that Dante betrayed them and had already given him the Soul Stone. However, Dante had been tricking him into using the Soul Stone's power, blasting him away, since he had no soul and thus couldn't wield it. With their fusion becoming more unstable as a result, they transform into Ultron Omega and trap Dante for his trickery until Thor (now cured by the Soul Stone) and X manage to save the Devil Hunter from the unstable fused robot's grasp, so the heroes attack him while X charges a weapon powered by the other four Infinity Stones designed by Iron Man. With Ultron Omega subdued, X fires the weapon, destroying the fused villains and ending the corruption caused by the Sigma Virus. Yet, the two worlds still in the converged state as the Reality Stone is cracked due to the result from the previous battle Thanos and Ultron Sigma, rendering the stone useless and might cause another convergence with another different realities when being used in this state, thus required to be fixed in a mean time. Afterwards, the heroes each agreed to safeguard the Infinity Stones to keep them out of the wrong hands, and to keep fighting for their fused universes as they were. 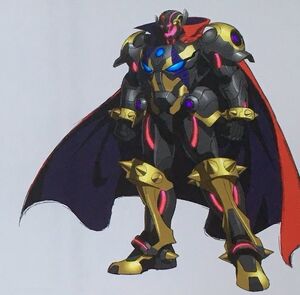 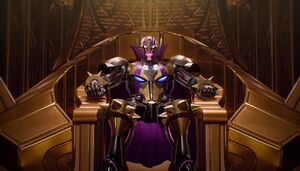 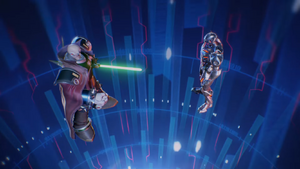 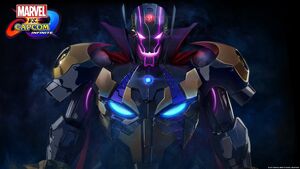 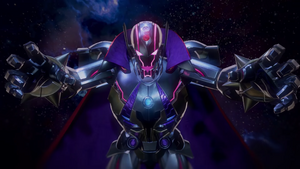 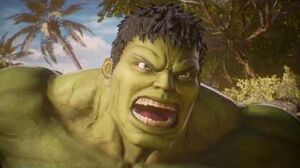 Retrieved from "https://villains.fandom.com/wiki/Ultron_Sigma?oldid=2443360"
Community content is available under CC-BY-SA unless otherwise noted.