Chief of the Northern and the Southern Water Tribes

Eliminate the barrier and allow humans and spirits to live together.
Open the Spirit Portals and free Vaatu from his imprisonment.
Merge with Vaatu so he can become the Dark Avatar (all succeeded).
Destroy the connection to the past Avatars (succeeded).
Create a "new world order" with the Dark Avatar spirit and destroy the Avatar (failed).

A militant religious zealot, Unalaq was so obsessed with the spirits that he devoted his life to studying them, and seemed to prefer them over humans, even his own family. Since the world had experienced ten thousand years of Raava's influence, Unalaq fused with Vaatu, the spirit of chaos and darkness, to balance the scales with ten thousand years of Dark Avatars. Unalaq successfully changed the world forever by ushering in a new spiritual age, but was the only Dark Avatar.

Though he initially seemed to be a gentle and wise individual who offers to train his niece in the ways of the Spirits, his deadly and ruthless side was revealed when it is learned that he was only using Korra to release the powerful dark spirit. Unalaq's motivation for this was to forcibly restore spiritual balance in the world, which he had been planning to do for decades. Unalaq's will to achieve this end was so great that he was willing to stop at nothing. Unalaq's actions directly or indirectly resulted in his brother's banishment, Korra's attempted kidnapping and brainwashing as a child, Korra being locked away in the south for over a decade, a civil war between the water tribes, severing the Avatar's connection to their past lives and infesting Republic City with spirit vines that would plague the city for years to come. Unalaq's actions also had positive impacts, however, as they led to humans and spirits coexisting, Korra becoming a spiritual Avatar and the return of new airbenders to the world for the first time in almost two hundred years.

He was voiced by Adrian LaTourelle.

Unalaq is cold, stern and intimidating. Unalaq seems to be a psychopath or sociopath as he rarely shows any type of emotion or warmth at all and does not seem to take pleasure in much of anything. Unalaq's whole personality seems to revolve around his deep spirituality and he is typically reserved, unassuming, serious and dull. Varrick even once mocked Unalaq's dry personality by proclaiming him to be "diabolical but incredibly boring and unpopular". Unalaq was treacherous and remorseless, with no compassion towards anyone. Unalaq also seems to be a misanthrope, since he does not seem to be close to or care for any other human, even his own children. Despite this, Unalaq perfectly understood human nature and was especially cunning and manipulative, able to skillfully deceive numerous people multiple times by lacing elements of truth into his lies.

Unalaq was willing to double-cross his own family to serve his own ends, and did not care when his own son, Desna, was severely injured by his waterbending; even flat-out saying that opening the spirit portal was "more important" than his family's well-being. Despite this, both of his children were by his side almost to the very end, only turning on their father when they realized he has gone too far. Desna at one point even proclaimed that his father is the wisest man alive, and he trusted his judgment. Unalaq was also perfectly willing to endanger the lives of everyone in the northern tribe in the process of getting his brother banished, as, in his mind, the ends justified the means. Unalaq also sold out his allies in the Red Lotus to save himself, and let them rot for over a decade in separate prisons (one of which Unalaq had constructed). With his plans coming close to fruition, Unalaq abandoned his composure and adopted a more malicious demeanor. He started to outwardly take visible delight in the suffering of those who attempted to stop him from doing what he believed needed to be done. Unalaq also threatened to destroy Jinora's soul with spiritbending if Korra did not open the northern portal, and threw Jinora's spirit into the Fog of Lost Souls even after Korra agreed to his demands.

Despite his indifference to other people, Unalaq was an obsessive and pious fundamentalist when it came to the spirits and the traditions associated with them. Unalaq devoted his entire life to studying the spirits and even developed a form of specialized bending that was tailored specifically to a spirit's dark energies, or a human's soul. Before the portals were opened, he frequently meditated into the spirit world, where he forged sincere and strong friendships with numerous spirits, including Wan Shi Tong and, of course, Vaatu. Wan Shi Tong referred to Unalaq as "a true friend of the spirits" when Jinora objected to Unalaq's plan. Korra had a deep hatred for her uncle after he betrayed her, and was convinced he only wanted to release Vaatu to gain more power, and that his carelessness would result in the world being destroyed. However, Korra did not understand until the end that Unalaq's true motivation was to not destroy the world, but create a new one, one where the spirits and humans lived as one. Korra realized Unalaq was partially right, so she decided to keep the portals open.

Due to his devotion to the spirits, Unalaq looks down on everyone around him, believing himself to be the most qualified moral and spiritual authority in the world. His belief in the Avatar's failed duty, coupled with his own spiritual affinity, led him to fuse with Vaatu and take on the role of the Avatar himself, showing willingness to use any means to achieve his goals. Unalaq was even willing to kill his own family members so he could succeed in his plans, as he believed that a spiritual reset to the world was more important than the safety and well being of individual people. Unalaq seemed to hate the modern world and technology, believing that by embracing technology, humans have strayed too far from the natural order and, as a result, have become distracted from the traditions and the spirits. Unalaq especially had a disdain for the far less spiritual southern tribe, something that he seemed to pass onto his children, as Eska expressed similar sentiments. When it came to dealings with the south, Unalaq was blatantly callous, patronizing and self-righteous, rejecting the south's more progressive ways and attempting to push the north's spirituality on the south. Unalaq possessed a near-inhuman sense of patience, as he devised his plan to release Vaatu decades prior to actually succeeding. Even though his ultimate goal was to get rid of nations of any kind, Unalaq had his brother banished so he could be chief, as he needed to control both of the spirit portals for his plan to succeed.

Unalaq deeply agreed with the Red Lotus's mantra that chaos is the natural order, which is likely why he was so fanatically devoted to Vaatu. Unalaq's ruthless and brutal pursuit of enforcing tradition and spirituality on the world was very similar to what the Red Lotus wanted to do once world leaders were eliminated, as they planned to force anarchy on the world by preventing any governments from being established. However, Unalaq took the Red Lotus's philosophy a few steps farther, since he believed in physically tearing down modern civilization and forcing people to honor the spirits with himself as the spiritual authority. This is a stark contrast to the beliefs of the Red Lotus, as, while spiritual, the Red Lotus prioritized personal liberty for the humans, and did not believe in forcing anyone to follow religious beliefs and customs. As the Red Lotus saw the Avatar as a world leader, Zaheer pointed out that Unalaq becoming a Dark Avatar was always a plan he kept secret from the rest of the group, as they would not have allowed it. Also, while the Red Lotus wanted to end the Avatar cycle, Unalaq wanted to create a new one that enforced a new spiritual world order. Unalaq even took this a step farther by ripping Raava out of Korra's body and destroying all of the Avatar's past lives. It is unclear if Vaatu's influence drove Unalaq to do this as revenge for being trapped in the Tree of Time, or if Unalaq did this out of his own volition because he was enraged that the Avatar cycle virtually erased the world's spirituality. Regardless, Unalaq viewed his actions as a necessary means to an end that would accomplish the greater good.

Despite his many character flaws, Unalaq was not all bad. His desire to unite the human and spirit realms as per the natural order of things came from a genuinely benevolent place, and he believed that he was changing the world for the better by releasing Vaatu and ushering in 10,000 years of darkness. Unalaq did not view his plans or Vaatu as evil, careful to specify that there is light and dark in all spirits, and maintaining a balance with the darkness in the world was paramount to its natural order. When Jinora claimed that Vaatu could destroy the world, Unalaq flatly rejected this idea and told her not to believe everything she reads in books. Even Korra agreed that keeping the spirit portals open was correct, and ultimately Unalaq's desire for a spirit-human coexistence became a reality. Unalaq's spiritual guidance also allowed Korra to finally accept her spiritual duties as the Avatar, something Tenzin had failed to do, as she had struggled with spirituality for her entire life up to that point. Also, by causing Harmonic Convergence, Unalaq indirectly resulted in dozens of nonbenders being able to airbend, thus balancing out the airbenders for the first time in almost two hundred years and allowing Tenzin to truly rebuild the Air Nation and finally fufill his father's legacy. Also, some of Unalaq's teachings to Korra were genuinely wise, as she was able to use spiritbending to vanquish Vaatu and recalled his words about finding the light in the dark to pull Raava out of Vaatu. Even years later, Unalaq's wisdom helped Korra handle the situation with Kuvira delicately; as Unalaq told her that, as the Avatar, she had to stay neutral in conflicts, even if she wanted to help her people. 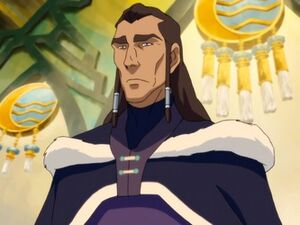 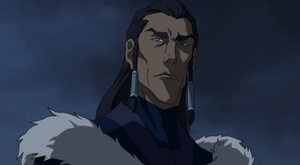 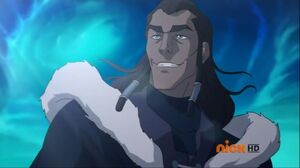 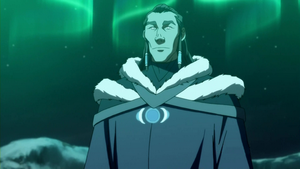 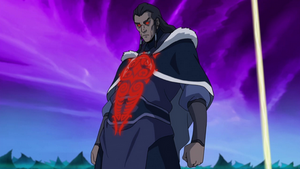 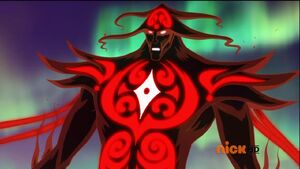