Uncle Grimmly, also known as The Hermit of the Darkness, is one of the portrait ghosts released by King Boo that appears in Luigi's Mansion and its 3DS remake. According to his biography, Uncle Grimmly tends to keep himself in the darkness without problem, which doesn't seem to mind to the rest of the family. He is one of the ghosts encountered in Area 4.

When Luigi enters the Wardrobe Room, he sees Uncle Grimmly hovering in front of a mirror. He will try to scare Luigi by lifting up his hand and wailing. However, he accidentally exposes his heart in the process, helping Luigi vacuum him in the process. After Uncle Grimmly is caught, he will drop the key to the Breaker Room and Luigi will be able to restore the energy. 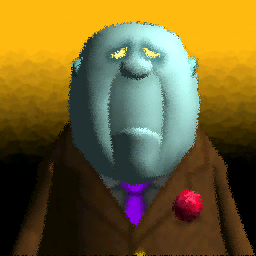 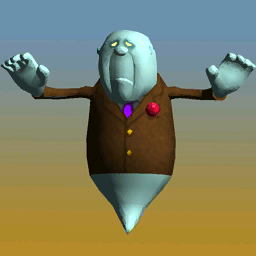 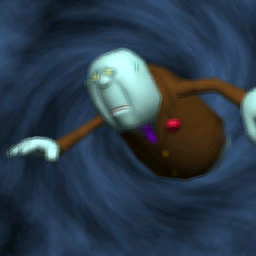 Retrieved from "https://villains.fandom.com/wiki/Uncle_Grimmly?oldid=3415290"
Community content is available under CC-BY-SA unless otherwise noted.