Eating and infecting the living.

Eat the living and increase their kind. (Ongoing)

The Undead (also known as Zombies) are NPC's that serve as the main antagonists of Red Dead Redemption: Undead Nightmare. There are 4 different types of Undead: Fresh Undead, Bolters, Bruisers and Retchers.

The zombie plague started overnight when Abraham Reyes stole the mask from the Catacombs. The undead plague ravages frontier and resurrecting the dead. In towns, settlements, and outposts non-infected folks are left to fend for themselves against these hords of the undead. John Marston must ride out into the undead region and find a cure.

In the mission "A Civilized Man" John goes to Escalera and finds Undead Abraham chasing a women and John kills Undead Abraham. A women explained that he stole a mask that makes him invisible. John and the women goes to the catacombs to put the mask back where it was. However, John must kill a group of Undead and Mummies when on there way to the end. When they reached to the end, John kills the last of the Undead and Mummies and they both put it back where it was. And John finds out that a women disappeared and the women reveals her name is Ayaunteol and she told John to go back home. When John comes back to his hometown he finds that Jack and Abigail are back to normal and the zombie plague ended. A few months later Seth steals the mask and John died and he came back to life as a zombie causing the zombie plague starting again.

Traditional undead are typical zombies, but actually quite fast corpses and will make up the bulk of the undead hordes. These zombies seem to be the only kind to be able to grapple John (or the kind that do it the most), possibly because they hold no other special characteristics unlike the other types of undead. They are found mostly in massive hordes. Though if they grab you off guard they can seriously injure or even kill the player.

Bolters move about much more quickly by scampering on all fours making them hard to target. Their main attack is biting and clawing at the player in a rapid succession, making them extremely dangerous when in hordes. Bolters appear to be small, and frail looking, and they walk like they have a limp until they see you, ironically making them the slowest Zombie as well if they are on just their legs. They are usually easy to spot from a distance. They emit high pitched screeches.

Bruisers are big, fat, and slow, with stamina above other zombie types making them tough to kill. They will also charge at the player from a distance to knock him down. They can be seen pretty easily when within a group of zombies. It is recommended to try and take them out first since they can knock down Marston quickly making him a meal for any nearby Bolters.

Retchers glow green, smell worse than other undead, spit toxic bile at the player, and explode when killed, causing damage to the player (killing the player if playing as undead John Marston) as well as any other Undead or NPCs caught in the blast. They can be found in and around Gaptooth Ridge and most of Nuevo Paraiso.

However, if a person is resurrected from the dead while in possession of a bottle of Holy Water (or presumably anything blessed or holy), that zombie will be resurrected with the rotted body of an Undead, but with the sentience of who they are.

So far John Marston is the only known deviant zombie. 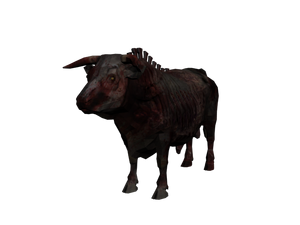 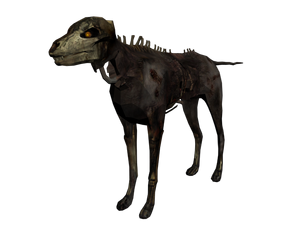 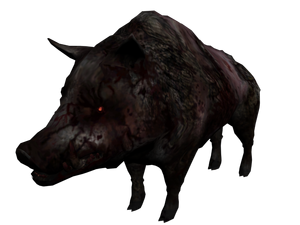 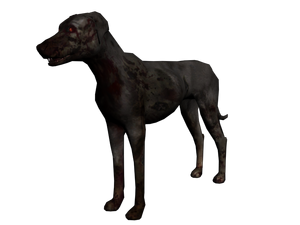