Destroy all B.O.W.s and witnesses involved in the outbreak.

UnderTaker (nicknamed Umbrella Trashsweeper or simply UT) are supporting antagonists in Resident Evil: Survivor. They are dispatched via helicopter to "clean up" any evidence of wrongdoings by Umbrella. The majority of the soldiers were ironically bio-weapons themselves, so-called "Cleaners". Their commanding officers, however, are humans.

The Under Takers were created by Umbrella as a rapid-reaction force to counter t-Virus outbreaks due to the low-survival rate as expected with such missions. They were also given the added task of destroying evidence that could link Umbrella to the event, including the execution of witnesses. To ensure the complete removal of evidence, Under Takers were designed to dissolve once killed.

Under Takers were equipped with night vision scopes, black body armor similar to the ones used by the USS, and were armed with Heckler & Koch MP5s, some of which mounted laser sights so that they could snipe at enemies while concealed.

Although B.O.W.s themselves, the Under Takers were led by a human commander, at least during the events of the Sheena Island outbreak.

In 1998, these units were deployed on Sheena Island, under the command of a human commander to eliminate all B.O.W.s and any possible witness to the incident. The island was eventually destroyed, it is unknown if any of the Cleaners or the commander himself made it out of the island.

The Undertaker was humanoid in shape and posture, though much smaller than human beings in height. They also walked with a slouched body and possessed long arms. The Undertaker was designed to be much faster and agile than humans. Other than these traits their non-human nature could also be betrayed upon attack, hooting like monkeys, and shrieking when killed before dissolving into nothing.

Contrary to B.O.W. products like the Hunter, the Under Taker was noticeably more intelligent, understanding the English language enough that they could receive live orders from their commanders. As they were designed as soldiers rather than simple weapons, the Under Taker was also able to use firearms with a degree of accuracy. Despite their positive traits, the Under Taker was itself weaker than humans - even zombies. To counter this weakness, Under Takers would band together in groups to overpower enemies. 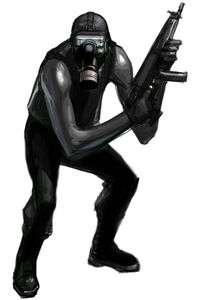 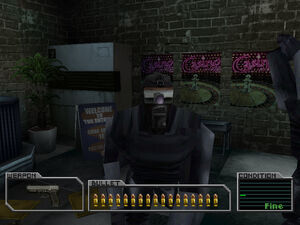 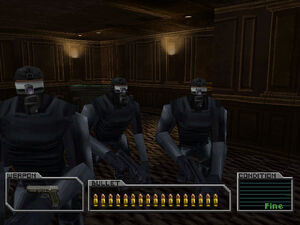 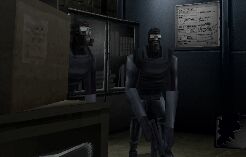 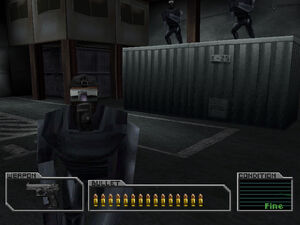