Are well organized and have access to modern weapons and vehicles.

Have multiple members at their disposal.
Are financially organized.
Well coordinated with the Crachá Preto.

Continue to enrich themselves through the Organ Trafficking scandal (failed)

The Unidade de Forças Especiais, also known as the Special Forces Unit or UFE, are major antagonists in the videogame Max Payne 3. They're a corrupt police force operating out of São Paulo, Brazil. The UFE profited themselves through organ trafficking. They accomplished this by abducting people and handing them over to the Crachá Preto, where they were murdered and their organs stolen. This sinister plot would be exposed by Max Payne and by the end of the game the UFE gets disbanded indefinitely.

The UFE make their first appearance after Max Payne rescues Rodrigo Branco from the Comando Sombra. They kill some of the remaining Comando Sombra members until they're stopped by police detective Wilson Da Silva. After their commander, Armando Becker, gets into a brief argument with Silva the UFE departs.

Armando Becker later meets with Rodrigo Branco, Marcelo Branco, and Victor Branco after Max Payne and Raul Passos fail to save Fabiana Branco from the Comando Sombra. After Rodrigo is having doubts about living in São Paulo and that Fabiana Branco will most likely not be rescued, Armando Becker tries to reassure him that they will catch the men responsible for kidnapping Fabiana Branco and that he gives his word on it. Before Armando leaves after their meeting is over, he mentions to Rodrigo in Portuguese that he should hire professionals and not amateurs (while Max Payne is still present).

After Max Payne fights off the Crachá Preto that infiltrated Rodrigo's building, Bachmeyer breaks into Rodrigo's room and kills him. He takes the disc that shows footage of the murder and leaves a timed explosive in the room in order to kill Max Payne but Max barely escapes at the last second. The UFE later attack Comando Sombra's stronghold and kill or capture anyone they come across. Those that they captured alive were given off by the Crachá Preto. After Max fights his way through UFE forces in the favela, he witnesses one of the exchanges between Bachmeyer and Milo Rego and realizes how corrupt the UFE really are.

After Max and Raul take down the Crachá Preto, Max gets dropped off by Silva and goes to the UFE headquarters. He later escapes and shoots several UFE officers along the way. He eventually finds out that Bachmeyer was responsible for Rodrigo's death. Max would encounter Bachmeyer and after an intense shootout, Max eventually kills Bachmeyer. Max would then confront and almost kill Becker had Victor not intervened and the two would escape.

Max later goes to the main terminal with assistance of Silva. There he fights many UFE officers that are guarding the place. Max would eventually confront and kill Becker as well as stop Victor from escaping. After the Organ Trafficking scandal is exposed, the UFE are disbanded indefinitely. 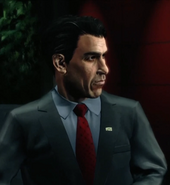 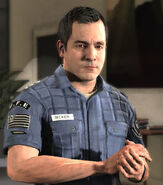 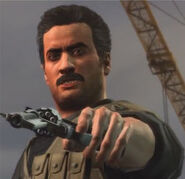 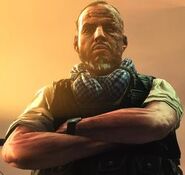 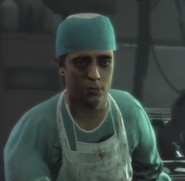