Various, depending on member

The Wolf Man
The Mummy
The Invisible Man
The Gill-Man
The Frankenstein Monster
The Bride of Frankenstein
The Phantom of the Opera
Igor
Renfield
Mr. Hyde

Each Monsters have their own different goals.

Stock Monsters
The Universal Monsters are a team of specific horror villains coming together for a variety of different reasons. They are a sort of villainous counterpart to the Disney Princesses (and the "boys" answer to said girl-oriented franchise).

They are so named because their first significant appearance were in movies made by Universal. However, they appear in non-Universal media (unlike the Princesses, who only appear in Disney media), so the name is non-indicative. Despite this, the team is one of Universal's most profitable franchises.

The leader of the team is usually Dracula while the member with least appearances is the Creature from the Black Lagoon.

The Universal Monsters are confirmed as the main antagonists of the 2018 Halloween Horror Nights, befitting both their status as the original villains of Universal's horror franchises and also the company's interest in reviving the group.

So far Universal has announced it shall be creating unique mazes based around their iconic monsters and give each monster an updated yet still recognizable look and feel. 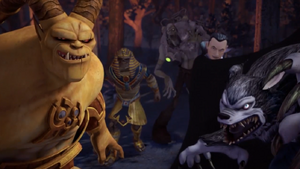 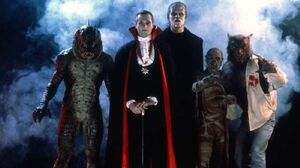 The Universal Monsters in Monster Squad. 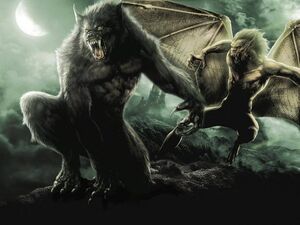 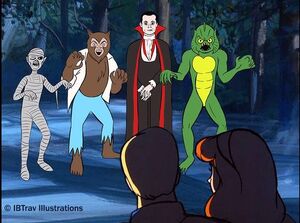 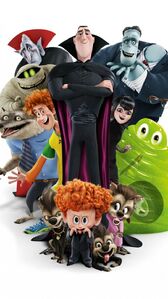 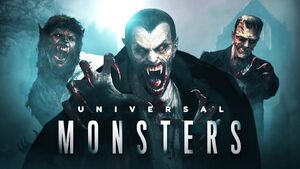 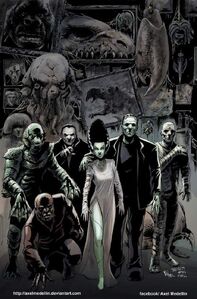 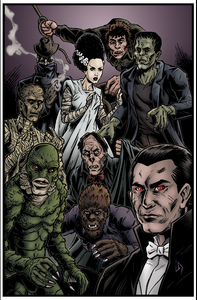 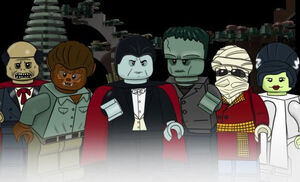 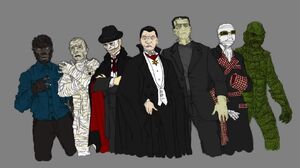 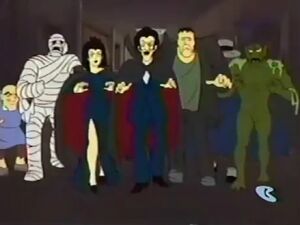 The Universal Monsters in The New Scooby-Doo Mysteries. 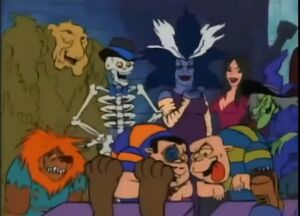 The Universal Monsters in Scooby-Doo and the Reluctant Werewolf. 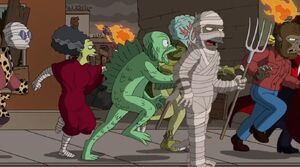 The Universal Monsters in The Simpsons.