Villains Wiki
Register
Don't have an account?
Sign In
Advertisement
in: Aliens, Hostile Species, Date A Live Villains,
and 18 more

Evolve themselves and gain abilities of The World from Cold Sleep children.
Sabotage any attempts to save Cold Sleep Children.

The Unknowns (as the name implies) are an unknown alien race and monstrous living beings that are possible main antagonists of the light novel and anime series Qualidea Code.

The Unknown are responsible for the dawnfall of humanity. Their origin is unknown since they came from another dimension and caused several attacks in mass around the Earth, but it is indicated that they are machines or some kind of bio-machines controlled by beings from another dimension and its clearly seen that they are not organic. Unknowns are opponents faced by the resistance of humanity. The print spin-offs put forward the idea that they are an alien menace, and what's more are utterly hostile to humanity as a whole, attacking the world and killing every life form.

Events reveal that most of the said and seen Unknowns are not really them , but an artificially created and unmanned devices made by humans to save other humans who are being saved by real Unknowns.

The Unknowns have several types of forms, some of them can have the appearance of spaceships, towers, humanoid beings, dolls, robots, fighters, star fighters and many others. 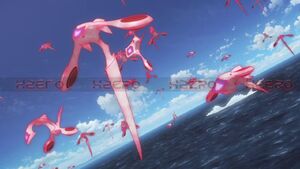 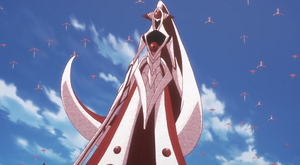 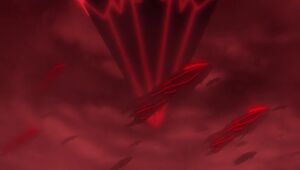 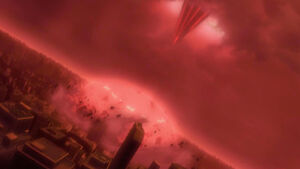