The Sustainer of Heavenly Principles
The Unknown God
The God

The Sustainer of Heavenly Principles (self-proclaimed).

Keep the balance between universes pure.

Prevent mankind from travelling across dimensions.

The Unknown God, also known as The Sustainer of Heavenly Principles and simply the God, is the overarching antagonist of the 2020 action role-playing fantasy video game Genshin Impact.

Considered an enigmatic mysterious goddess with power over space and reality, the God is the ultimate threat to the Traveler who keeps the realities separated and untouched by mortals from other universes. She is also the first antagonist to appear in the game, more precisely in the introduction scene of the game. She is the who takes away the Traveler twins' ability to travel between worlds and traps them in separate worlds. After transforming the Traveler's twin sibling (depending on the player choice they could be the sister or brother) and banish the player Traveler to the Teyvat world. It's widely implied the Unknown God is the ruler of Celestia and therefore the deity whom all others must answer to, in addition to potentially being the destroyer of both Khaenri'ah and the Travelers' world (which led the siblings to travel across other worlds) as her cubes can be seen destroying Lumine's world in the game teaser.

The Unknown God is voiced by Dian Tao in Chinese, Christie Cate in English, and Rie Kugimiya in Japanese. Kugimiya has also voiced Herrscher of the Void in Honkai Impact 3rd, Pandora in Re:Zero − Starting Life in Another World, and Haumea in Fire Force.

She is a fairly tall young woman with a slender body. She was shown to be a white-haired woman with yellow eyes that possess crosses-shaped pupils. Her hair also seems to be floating as if they were alive and moving by themselves, further analysis shows that her hair is completely messy and possesses a cowlick.

The Unknown God was an arrogant supremacist who looked down on mortals due to them being what she perceived to be lesser beings. She presented herself as merciless and emotionless when dealing with mortals, as if she were handling mere pests.

She is first seen in the introduction scene where she came before the Travelers to intercept them from travelling across worlds, considering it an arrogance of humankind to step on the same realm of gods. After easily defeating the Travelers in the Sky Palace, she transforms one of them siblings into a cube and keep them as her "toy" or "hostage" the Traveler needs to save after the God banish the chosen Traveler to the world of travel; trapping them in separate worlds.

Following the events of the prelude, it is speculated the Unknown God corrupted the Traveler's twin into becoming the leader of the anti-human organization Abyss Order, a large organization of monsters that share a common hatred of humanity. 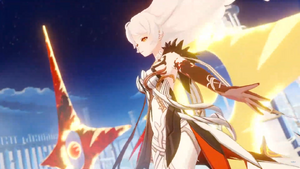 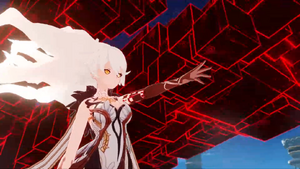 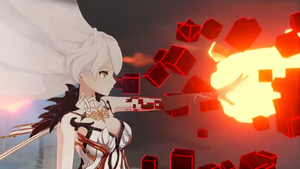 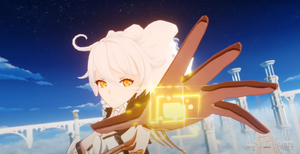 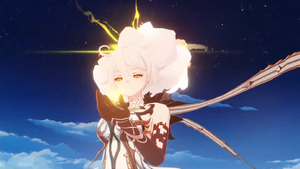 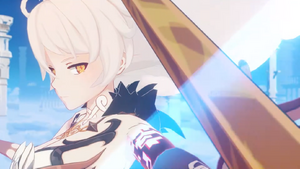 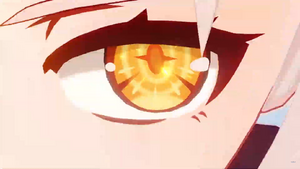 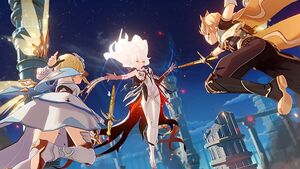 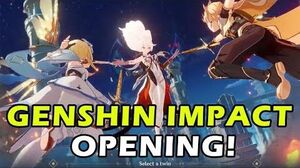