Unknown Specimen 2, also known as Otto the Otter, is the second guard and a major antagonist from the Endless Mode of Spooky's Jump Scare Mansion. The creators of the game mentioned that they added the Otter only because they have got bombarded with fans wanting a Five Night's at Freddy's character in-game.

Otto the Otter appears to be a brownish tall-robotic otter. His eyes appear to be white-rounded with gray dots in the middle of his eyes. Some of his parts are darker colored and some are softer color. Behind him is a large tail.

The player takes a small amount of damages when they are attacked by Unknown Specimen 2. If the player gets killed by the Otter, the screen would show a jumpscare of Otter's head shaking roughly.

In the HD Renovation, Otto is faster but still easy to outrun. His eyes glow in the distance. He has his own starting room which has several tables and a small stage with Otto. He is motionless at first, only chasing after the player after they eat a pizza slice on the stage. Should the player somehow die to Otto, his death screen is still a jumpscare, although Otto is further away and pizza slices rain from the sky. 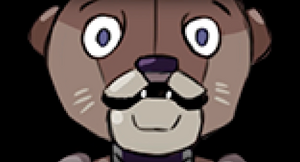 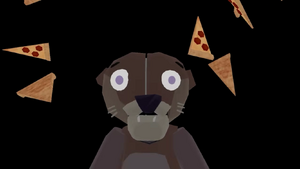 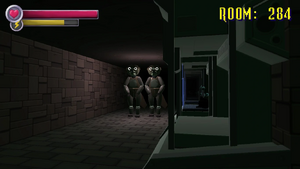 Two Unknown Specimen 2 chasing after the player.
Add a photo to this gallery

Retrieved from "https://villains.fandom.com/wiki/Unknown_Specimen_2?oldid=4056388"
Community content is available under CC-BY-SA unless otherwise noted.