This unnamed Umbrella Executive was high up in Umbrella's corporate ladder, and an associate to Sergei Vladimir. He was apparently in charge of some of the company's operations in Raccoon City. He served as a minor antagonist in Resident Evil: The Umbrella Chronicles.

He was evacuated at literally the last minute of the infamous Raccoon City T-Virus Outbreak. Sergei was sent to retrieve the U.M.F.-013 computer core and the executive. Sergei piloted the Helicopter into the city and secured the core via cable. The Umbrella Executive was shown as a passenger sitting in the back of the Helicopter. He was breathing through a life support system plugged into his nose, with wires hanging from his ears and down his wrist. His full face remained silhouetted and hidden.

During the escape of the City, Albert Wesker informed Ada Wong of the rushing U.S. Government Missile which will destroy the Town and the Helicopter carrying the Umbrella Officer will be evacuated. Ada got to the helicopter and used a grapple gun to get on secretly, the Executive then escapes the City with Sergei. His fate becomes unknown afterward. 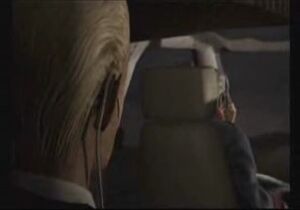 The officer speaking with Sergei. 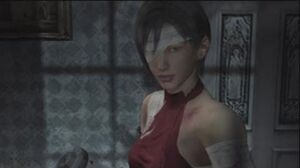