Uno is the main antagonist of 2016 Malaysian television series Ejen Ali. He is the leader of the evil organization called Numeros and a mentor of Rizwan.

Uno is an arrogant and merciless individual who doesn't really care about people's lives (like he didn't help Trez when he was defeated by Ali). He is also a role model of Rizwan, because Bakar said that they share their own motives.

According to Bakar, Djin is one of the Chief Pillars in M.A.T.A. and many other Inviso Agents idolized him (like Rudy) because he is the leader of the Inviso Chief Pillar. However 5 years ago he was declared dead by now because Zain, Dayang and Ganz are unable to save him. Because of this he believed that he was betrayed by the other Chief Pillars and he wants to kill them since they left him for dead. However he created his own organization called Numeros he recruited many agents so that he will have his revenge against the M.A.T.A. and Djin gives his codename as "Uno" ("one" in Spanish) because he is the leader. He plans to steal the I.R.I.S. and uses it to destroy the M.A.T.A.

Uno's real name is Djin. He was a M.A.T.A. agent and the INVISO chief pillar. He was the mentor of Rizwan, who was his best student. They were very close to each other.

5 years prior to the series, Cyberaya is threatened by a group of terrorists, who planned to use the Azurium to make weapons and destroy the city. Djin and the other three chief pillars, Zain, Dayang and Ganz sprang into action to stop them. The story has different endings depending on the people who heard about it.

They were successful in the mission, but Djin was sacrificed as a result. Rizwan's version: There was an explosion and Djin died in it because Zain, Dayang and Ganz were unable to save him. Although he was declared dead, Djin actually survived but had lost his left arm. He had a feeling that the three chief pillars had planned for his death and made it as an accident. He felt betrayed for their actions and intention of disposing him.

Djin then started to recruit evil spies as his plan to get revenge on M.A.T.A.. All of them uses Spanish numbers as codenames, and Djin gives his codename as "Uno" ("one" in Spanish) because he is the leader. He plans to steal the I.R.I.S. and uses it to destroy M.A.T.A..

He makes his first full body appearance in MISSION: EVIDENCE. He is shown to be able to shape shift and use the same technique as Rizwan. In MISSION: UNO, his real name is Djin and he is revealed to be the supposed lost head of the INVISO pillar in M.A.T.A., and Rizwan's mentor. He sees the other pillar leaders in M.A.T.A. as traitors and wants the I.R.I.S. so he can destroy them.

In MISSION: OVERRIDE he was defeated by Ali with the use of override mode from the I.R.I.S., but when Ali was about to kill Uno Jenny stopped Ali by using a remaining Buster Droid. Jenny separates the I.R.I.S. from Ali and she was about to give it to Uno, but her plan failed because Alicia shot Jenny's fingers and Comot used camouflage to retrieve the I.R.I.S., Uno retreats along with Jenny that he will return.

In MISSION: ACADEMY, Uno ordered Jenny to mobilize the other agents. In MISSION: CABAR, Uno ordered one of his agents and Jenny to infiltrate the M.A.T.A. Academy and copy the data of the I.R.I.S. In MISSION: TUJUAN, Uno stopped his men from attacking Rizwan, and asked what did he want from him. Rizwan said he wanted to fight with him, and that they must destroy the Chief Pillars.

In MISSION: ATLAS, he finally contacted Cuatro because of Rizwan, to create another copy of the I.R.I.S. and all of the other agents are finally in his team. Their next mission is to attack the M.A.T.A. Academy and also he also shared his own skill to Rizwan, because he believes that Rizwan wanted to be like him.

In MISSION: HOPE, he watched Rizwan's training against Seis and Siete and Rizwan defeated them using the same technique of Uno. Uno congratulated him, he even said that he need to master his power so that they can be the same. It is also revealed in the flashback that he rescued Rudy when Komeng and his gang are about to beat him and this is the reason why Rudy idolizes Djin so much. Rizwan wanted to talk to him, Rizwan said that he should talk to the Pillar Leaders including Zain because of this he got mad and angry and he almost killed Rizwan when he is about to slash him with his sword but luckily he didn't, he said that he tried everything to save Cyberaya but it's not enough because of this he believes that this is all Zain's fault. He even said to Rizwan that he should say his name ever again. He founds that Rizwan and Cuatro are going to escape in his hideout because of this he got mad and he commands Dos to call Trez so that they cannot escape.

In MISSION: DIEZ, Cinco has integrated I.R.I.S. X tech into Uno's helmet. Uno and the Numeros stormed M.A.T.A. academy and unleashed a surprised attack. They got the upper hand as Numeros has far greater number than M.A.T.A. agents defending the island. But then, Geetha came with reinforcement and strikes back. Watching the Numeros falling down one by one and overwhelmed by powerful Mechadroids, Uno activates his I.R.I.S. X and become Diez. Diez use Override Mode to control all M.A.T.A. droids and mechs and managed to pushed back the agents to the forest.

In MISSION: LEGACY, Zain battles Uno to prevent him from accessing the M.A.T.A. Mainframe. 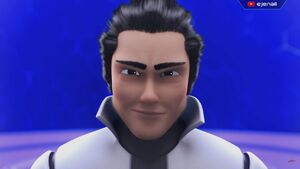 Djin before he became Uno 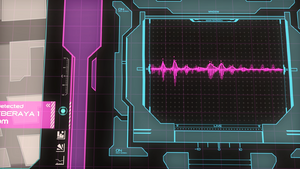 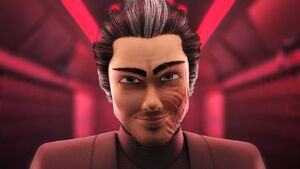 Uno's evil grin as he show his true face 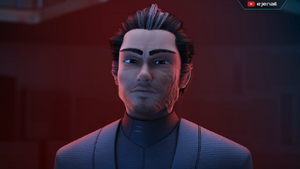 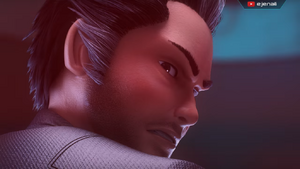 Uno angrily glare at his enemies 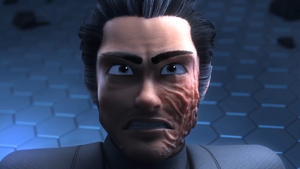 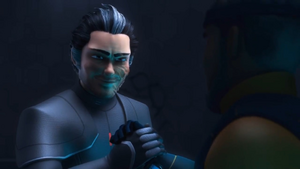 Retrieved from "https://villains.fandom.com/wiki/Uno?oldid=3892566"
Community content is available under CC-BY-SA unless otherwise noted.