UNKNOWN (from the letter the creatures' names are based upon)

In games and manga:

Unknown
In film:
Make Molly's wishes come true and have her separated from reality.

Unown, also known as the Symbol Pokémon, are Psychic-type Pokémon that reside in a different dimension, which made their existence debatable until they were recently discovered, and served as villains in their movie appearance.

Unown are small Pokémon. All of them are flat with a black circular design with a white eye. Each Unown have shapes that are based on the twenty-six letters of the English alphabet. However, there are also two other versions of the Unown, one that's shaped like a question mark, while the other is shaped like an exclamation point. And unlike the other, the two Unown also have their eye half-open.

The Unown are the main antagonists of The Spell of the Unown, since they caused the events of the entire movie.

The Unown send Spencer Hale into their dimension when he is researching them. Later, Spencer's daughter Molly releases some Unown from the stone tiles in a box in her house. The Unown, reading Molly's mind, make her wishes come true, turning Greenfield into crystal and creating Entei to be Molly's new father. Because Molly also wants a mother, Entei kidnaps Delia Ketchum, which forces her son Ash (the series' protagonist) and his friends to go after Entei to save Delia.

Eventually, Molly realizes that what she is doing is wrong and she wants to stop, but the power of the Unown goes out of control. Realizing that the Unown were using him, Entei allows the heroes to escape and sacrifices himself to destroy the psychic energy shield around the Unown, sending them back to their dimension. Following the Unown's defeat, Professor Hale is released from the Unown dimension and reunited with Molly.

Unown can be summoned from a Poké Ball. When summoned, a random letter Unown flies off, before a swarm of Unown rush through the stage. They also appear as platforms in the Poké Floats stage and have an obtainable trophy, unlocked by passing a combined total score of five-thousand meters with all characters in the Home-Run Contest.

An F Unown appears as a support spirit that increases the user's resistance to PSI attacks. Its spirit battle is against eight tiny Mr. Game & Watches on the Battlefield form of the Temple stage. 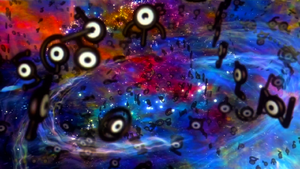 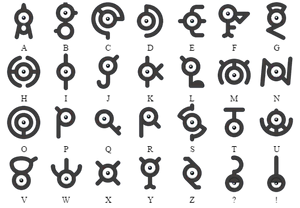 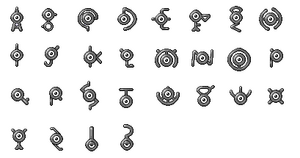