Unus is an evil mutant criminal from the X-Men series most often referring to himself as Unus the Untouchable due to his mutant ability to form a near-impenetrable force-field around himself at will.

Unus is one of the X-Men's more recurring enemies and has always been an opportunist and a rogue - going at odds with Xavier's philosophy of co-existence he adopts a more Darwinist approach to life and believes those who are stronger should rule over the weaker as they see fit.

Unus is also incredibly arrogant and many of his confrontations with heroes involve him standing around smugly as they try to break through his force-field: he doesn't stick around long once someone actually succeeds in doing so as he is a bit of a coward as well, preferring to fight people weaker than he is.

Despite this he has a strong friendship with fellow X-Men villain, the Blob, their friendship is sufficient that both men have risked death to protect one another - even though they are usually bullying individuals, showing that even criminals have caring sides. 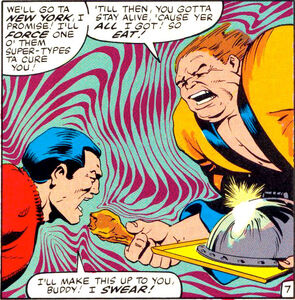 Unus being saved from starvation by his close-friend, Blob 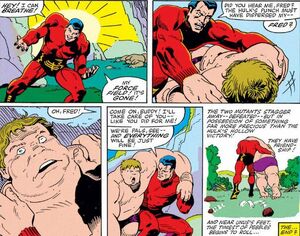 Unus takes on the Hulk 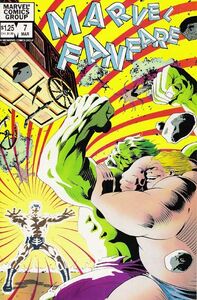 Hulk having a bad day..

Unus having an even worse day..