The Opposite of Human Life

Bringing chaos to the worlds and their denizens.

Carry out the plans of Vanitas and Master Xehanort.

Attacking worlds and their denizens.

They are creatures that were born from the negative emotions produced when Master Xehanort created Vanitas by forcefully separating the darkness in Ventus' heart from him, and new ones also spawn whenever Vanitas feels negative emotions. They are very similar to the Heartless, but instead of being the manifested darkness of people's hearts, they are made entirely of the raw darkness created by the negative emotions. The Unversed also do not seem to be interested in stealing the hearts of anyone they encounter, but seem to delight in attacking other beings and wreaking havoc on the worlds for the sole purpose of causing trouble.

As the Unversed can only come into being when a person's darkness is extracted from their heart and made into a real person, as long as Vanitas is alive, the Unversed can never truly be wiped out. Each Unversed that was destroyed had its negative energy sent right back to Vanitas, where he would simply revive it. This never-ending cycle continued until Ventus and Vanitas clashed at the Keyblade Graveyard. When Vanitas was destroyed, the Unversed seemingly were as well.

Vanitas created the Unversed to draw Ventus and Terra out of The Land of Departure and provide enemies that would give them experience.

The Unversed return in Kingdom Hearts III, where it is revealed that they actually survived Vanitas' defeat and went into hiding at Monsters, Inc., where they collected enough negative energy from children to revive their master. It is unknown what happened to them when Vanitas was destroyed once again in the Second Keyblade War, although it is still possible to fight them in Monstropolis, so they at least still exist. 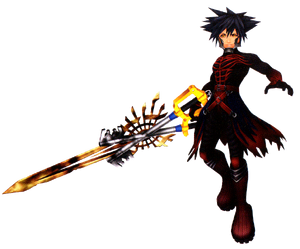 Vanitas, creator of the Unversed 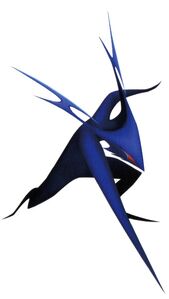 Flood, the most common Unversed encountered 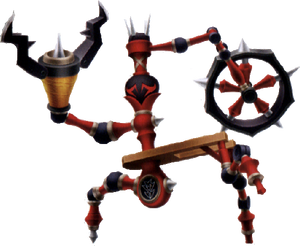 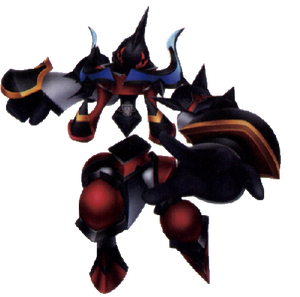 Trinity Armor
Add a photo to this gallery

Retrieved from "https://villains.fandom.com/wiki/Unversed?oldid=3699919"
Community content is available under CC-BY-SA unless otherwise noted.