Ursai are covered with black fur and bony spikes on their backs and arms, as well as white, bone-like masks with red detailing. There are also larger Ursai in the world, known as Ursa Majors. Like its smaller counterpart, it has bony spines and a skull mask with Grimm markings, but also possesses many bony plates on its back and limbs.

Ursai that inhabit the tundras of Solitas (referred to as Ice Ursas) have their bone plating covered by thick layers of ice and snow covering their fur as well as spikes made from ice protruding from their backs.

Yang and Ruby are training in the woods near their home in Patch until they are suddenly attacked by an Ursa, who strikes Ruby down and goes to kill Yang. Yang attempts to fight it off using her Eber Celica, but the Grimm is unfazed. Yang uses her blasts and acrobatics to dodge most of its swipes and strikes, but is unable to dodge for long as she is struck by a massive blow that sends her crashing through trees. Ruby gets up and is spotted by the Ursa, which charges at her. In an attempt to save her sister, Yang jumps in between them and is promptly bitten by the Ursa, draining her Aura as she is thrown to the side. However, Yang activates her Semblance and attacks again, breaking one of the Ursa's front limbs and punching through it, killing it.

In "The Emerald Forest", while Yang Xiao Long is looking for someone in the Emerald Forest, she hears something in the bushes and wonders if it is her sister, Ruby Rose. However, two Ursai appear out of the bushes and attack. Yang fights them off almost playfully until one cuts off a tiny strand of her hair.

Yang goes berserk and punches one of the Ursai multiple times, launching it through a group of trees. She turns to confront the other one, but Blake Belladonna manages to kill it with a single strike from Gambol Shroud.

In "Players and Pieces", an Ursa rampages through the forest until it is in sight of Blake and Yang. The Ursa then collapses due to it being shot in the back, revealing that Nora Valkyrie had been riding it. The girl is left apparently saddened that it is "broken" and looks over the body to see if it was still alive.

In "Forever Fall, Pt.2", an Ursa Major comes out of the woods and attacks Team CRDL and Jaune Arc. It appears to focus on Cardin Winchester due to the Red Sap on his body. Despite the fact that Cardin bullied him, Jaune was willing to help his classmate by defending him.

After a short battle, with Pyrrha Nikos using her Semblance to assist, Jaune then defeated the Ursa Major by decapitating it.

In "No Brakes", an Ursa can be seen behind a Creep in the tunnels leading to Vale. Later, the Ursai, including some Ursa Majors, enter the city when train breaks the barrier to Mountain Glenn.

In "Breach", Jaune once again fought an Ursa, but unlike before, he managed to take it down on his own after a series of blows. Meanwhile, an Ursa Major was killed by Emerald Sustrai with her pistol scythes. Another was destroyed by Fox Alistair.

In "Beginning of the End", Ursai are among the Grimm that head towards the city of Vale, drawn by the negative emotions there.

Ursa Majors appear as units in RWBY: Amity Arena. They possess incredible strength and durability, but move extremely slowly and only attack structures, though they deal massive damage.

Ursa are extremely durable, and are able to take large amounts of punishment before falling. They use their razor-sharp claws and teeth to swipe and bite at enemies, and use their overwhelming size to crush and intimidate foes. Ursa Majors possess additional armor plating and spikes, allowing for more offense and defense. 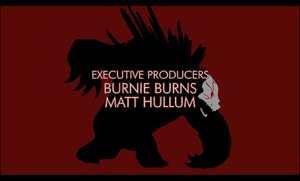 Ursa's silhouette during the ending credits. 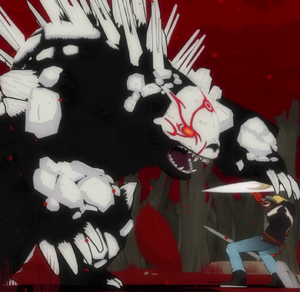 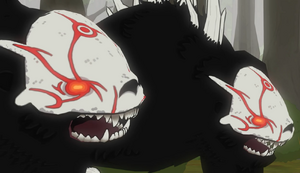 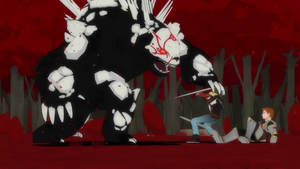 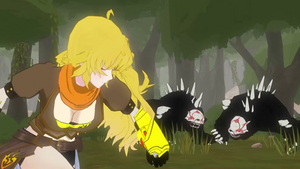 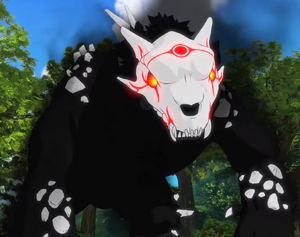 The Ursa's appearance from volume 4 onwards 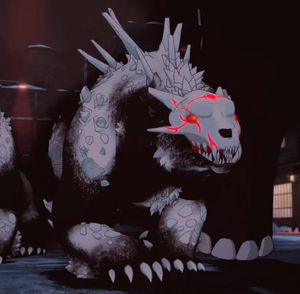 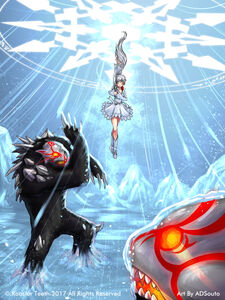 Ursai on a Weiss card for RWBY: Combat Ready. 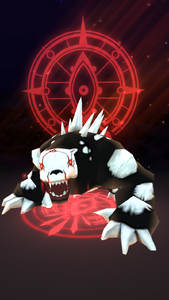 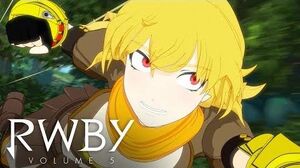 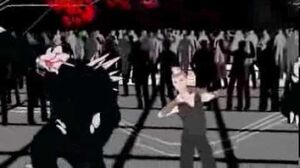