Enhanced abilities
Can bend her body in inhuman ways
Manipulation

Hanging out with Fura and Arima.

Killing humans who she considers "undesirables" in society.
Manipulating Yamori into doing her bidding.

Kill any human who does not value or abuses their life and live a peaceful lifestyle like Humanity should. (failed)

Uruka Minami (in Japanese: 三波 麗花, Minami Uruka) is the main antagonist of Tokyo Ghoul: Jack. She was a ghoul and an infamous serial killer who went by the alias of Lantern and was the classmate of both Taishi Fura and Kishou Arima.

She was voiced by Saori Hayami.

Uruka Minami had the appearance of a teenager girl with long brown hair and brown eyes. She wore a typical high school uniform for girls consisting of a white shirt with a red and pink-striped tie and a blue skirt along with black socks and shoes. She was heavily admired by many of her fellow students for her charming good looks. When in her Lantern persona. she dons a Jack-O-Lantern mask with red eyes and wears a large white tenchcoat with grey pants and white gloves to cover her entire body.

Minami had a very complicated personality stemming from her living in both worlds. As a ghoul, she is envious of humanity as they are able to live a life of peace and prosperity while ghouls are forced to suffer the nightmare that is the life of a ghoul. Because of her envy, she became psychotic and began to become the Lantern ghoul killer and went after humans. She hated any human who didn't value or simply abused their life because she thought that a human's life was precious and thus, she would kill them.

As a human however, she would often act as the complete opposite as a nice and gentle person. She was kind and very friendly towards her students and was known for picking up friends very easy. She was very social and Minami ended up being Fura's friend and he even developed feelings for her.

Nothing much is known about Minami's early life other than that it was dark. She would often go into tears on how hard it is to live like a ghoul so it's possible that she lived a rather bleak and miserable life. She became rather envious of the human population as they lived a life far superior from her own and longed to live like the humans. her envy made her turn into the serial killer known as Lantern and she began killing humans who she considered "undesirable". At some point in time, she ran into Yakumo Oomori and Sumiharu Katou where the three of them formed a small team and she then attended an unknown high school and became a student as her human life.

Minami first appears where she sees Ryou and his gang drive by and they manage to escape from the cops. She then becomes Lanter as she makes it to the ally where Ryou's gang was hiding at and beheaded two of the gang members. She then presented their heads to Ryou and Aki and they then ran away as Minami persued them. Fura arrived, only to have Minami use her kagune to jab out Aki's right eye and almost kill Fura until Ryou pushed him out of the way and sacrificed himself and was killed. Arima then arrived and he managed to scare her off and she fled killing three people and injuring another.

One night, Minami is walking down an ally when Katou finds and attacks her. Since he never saw her without her mask, she was confused for another human and was almost killed when Fura and Arima arrived and Arima had attacked Katou and he succesfully killed him and they saved Minami who ended up befriending them. Minami had worked with the two boys and she became a valuabel ally as she helped them track down and kill many ghouls across Tokyo while keeping them distracted from finding Lantern, i.e, herself. One day Minami met with Yamori and called him to a construction site where she warned him about Fura and Arima and at night on the same day, Minami took the two to an abandoned building and they split up. Minami went with Arima and she then finally revealed her true colors as a Ghoul and began to attack him while Yamori began attacking Fura down below. Minami went into a derranged rant during the fight on how Arima knew she was a ghoul all along and bragged on how Yamori will kill Fura and she then threw her kagune at Arima when he took his quinque and threw it at her kagune and it jammed it. He then slashed Minami and then stabbed Yamori in the back severly injuring him and he then fled away afterwards. Fura and Arima then listened to Minami's dying breath of her talking about wanting a human life when she launched herself at Fura and was stabbed. She then hugged Fura, thanked him, and then died peacefully with her misery over at last. 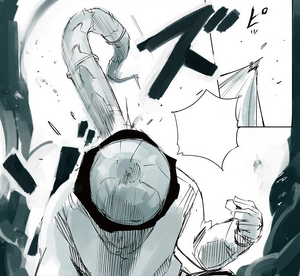 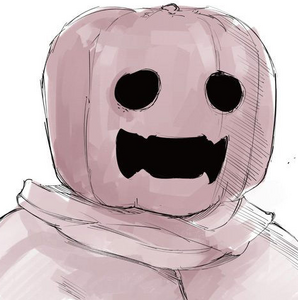 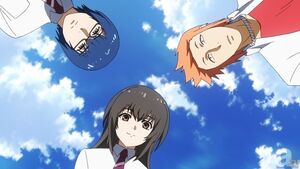 Minami with Fura and Arima in a group shot. 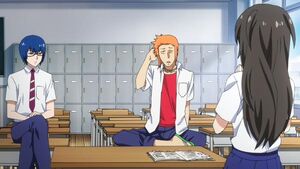 Minami with Fura and Arima planning out ghoul locations. 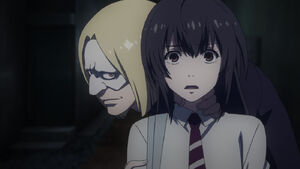 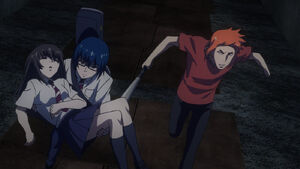 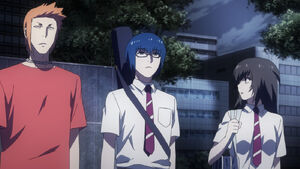 Minami with Arima and Fura at an abandoned building. 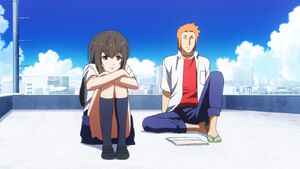 Minami with Fura overlooking the city of Tokyo from their school. 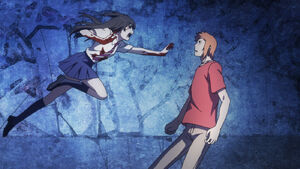 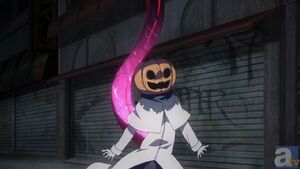 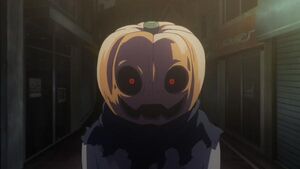 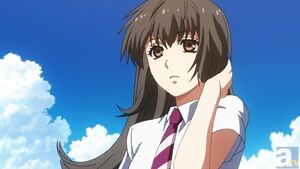 Minami's hair flowing in the wind. 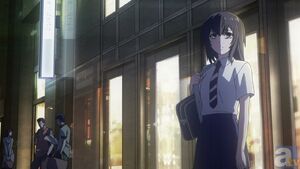 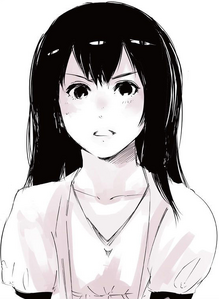 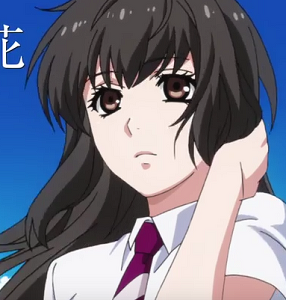