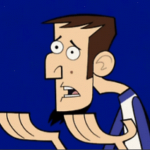 aka WHAT'S IT TO YA?

Hello everybody, I'm Boyariffic. A huge fan of TV and YouTube shows such as Grojband, Dick Figures, Dexter's Laboratory, Nostalgia Critic, Total Drama, The Cleveland Show, My Gym Partner's a Monkey, How I Met Your Mother, Malcolm in the Middle, Phineas and Ferb, Milo Murphy's Law, Craig of the Creek, Bojack Horseman, A Series of Unfortunate Events, Paradise P.D., and many more as well as a huge fan of villains. Villains are awesome characters in shows that are always hilarious and amazing in some sort of a way.

Retrieved from "https://villains.fandom.com/wiki/User:Boyariffic?oldid=3967921"
Community content is available under CC-BY-SA unless otherwise noted.