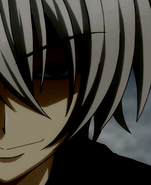 Sir Isaac Ray Peram Westcott: I just love the militaristic and nihilistic bastards who love nothing more but war and chaos

Kurumi Tokisaki: Cutest psychotic alien girl ever! and best Spirit in Date A Live (next to Tohka)

Tohka Yatogami: Most. Adorable. Character. Ever 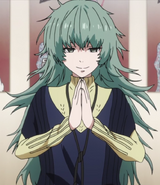 Eto: Cutest Ghoul in the entire series and best member in all of Aogiri 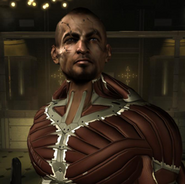 Jaron Namir: An honorable and respectable man, You can't help but respect him once you get to know him

Shogo Makishima: A psychopath with honor and dignity, he'll make you route for the villain

Ellen Mira Mathers: A beautiful and respectable secretary. She'll also slaughter you in combat if you dare oppose her

Mana Takamiya: Nothing is more fun than to see her and Kurumi just talk and cute biological sister 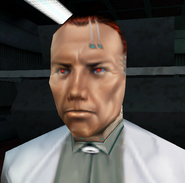 Bob Page: The Isaac Westcott of Deus Ex, this maniacal leader will show you how to rule the world and become god without a scratch

Yoshino: Her cuteness will overpower all

Origami Tobiichi: Cutest stalker ever and most strong opponent for Tohka 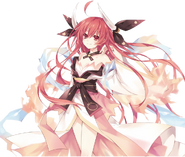 General Grievous: Monstrous and unstoppable leader of the Separatists, he'll make sure all Jedi and Republic Forces are nothing but corpses once he arrives

Vladko Tyran: A man devastated by the lose of his home and grown up in a world of violence, Tyran kill do what it take overthrow the Vektans and take back Vekta

Scolar Visari: A powerful and charismatic man, gave both the best opening speech in video game history and is the reason people route for the Helghasts

Mael Radec: Best military commander to have by your side when in battle

Jorhan Stahl: The Westcott of Killzone 3

Yamai Sisters: One pair of sexy hot twin Spirits what's not to love
Add a photo to this gallery
Retrieved from "https://villains.fandom.com/wiki/User:Epic_gammer/Favorite_Villains?oldid=1426172"
Community content is available under CC-BY-SA unless otherwise noted.