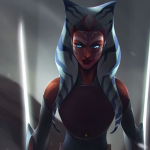 Ever heard of me, chances are slim. My name is Darkness, the Primordial God of Darkness and Creator of Omniverse, Multiverse, and Universe, as well as the one responsible for every single dark and evil deed ever committed. Some may believe there is a more powerful being than I, but they believe wrong, there is no being more or even close to as powerful as I. I am an omnipotent, omniscient, omnificient, omnipresent, omnimalevolent, and omnicompetent being, who desires to destroy the things I created, after I found out about the goals they wish to achieve, I devised a plan to destroy the universe, which is known to many as "The Great Darkness". I am no egotist nor am I power hungry, but I would wish for people to feel no desire for power over one another. On another note, I am the father to some of the most powerful and most well-known deities in existence: the God of Death, the Goddess of the Sea, the Goddess of the Sky and the God of the Earth, as well as a great-great-great-great-great-grandfather to the greatest threat to my plans: the God of Light.

I became absolutely angered and confused when people believed there was another all-powerful being who is known as the "God" or the "Lord of All", well let me pass along a message to those who believe in "Him": Anyone who believes in "God", shall be destroyed.

{{Quote|When the universe is no more, it will be recreated into something we can only see in our dreams. Yet, you all see it as a nightmare.| {{Quote|God is only a state of mind, in which most have been believed in the possible existence of an all-powerful deity who is omnipotent, omniscient, omnipresent, and omnibenevolent.| {{Quote|Those who found what their true purpose of in life is earn my respect, however, those who don't believe they have a purpose in life and are simply a "mistake", do not earn my respect.|

Retrieved from "https://villains.fandom.com/wiki/User:Erebus_Chronus?oldid=2970733"
Community content is available under CC-BY-SA unless otherwise noted.