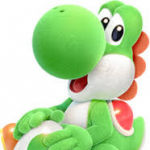 Help Villains Wiki and Heroes Wiki as much as she can

I personally go by FluffyMightyena16 (Mighty if you wish) as I'd like to keep my true name a secret, so don't ask for it if you please. While I spend significant time on the Heroes Wiki, I am hoping to do the same on the Villains Wiki as well and trying my best to contribute to it whenever I can. I am generally the loner type; quiet, reserved, and a bit on the shy side, but I do open up my own way and time and can be fun-loving and sociable when I am in a great mood. When I want to learn something new, I often rather teach myself and figure it out, unless I really need someone else's help. I enjoy playing games, surfing the web, drawing, coloring, and painting, reading, shopping, watching funny videos, and of course contributing to FANDOM sites.

I am particularly fond of tragic villains, anti-villains, and comedic villains among others, though I do have a few favorite Pure Evil villains as well.

Retrieved from "https://villains.fandom.com/wiki/User:FluffyMightyena16?oldid=3871137"
Community content is available under CC-BY-SA unless otherwise noted.