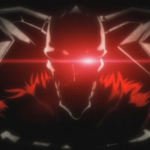 Hello, im Hollowichigo58 and I'm a huge villain fan, mostly anime and video games. I spend mostly all my hobbies watching anime, movie and playing video games, marathon style. I also like fix up my favorite characters or ones im mostly interested in, mostly with Infobox's and images, also you can refer me as "The Picture Guy" too.

When I was a little kid growing up in Montana, I used to Cartoon Network back when it was in its prime, You know when it was GOOD, anyway the the shows I used to watch was cartoon's of my child, Ed, Edd and Eddy, Powerpuff Girls, Tom & Jerry along with some other shows from Hanna Barbara, also a lot of Disney movies and Toon Disney.

The first 2 anime's that I was introduced in was Digimon and Pokemon on Fox Kids on Saturday mornings. I was introduced to Digimon when it was show the battle was Wargreymon and MetalGarurumon vs.VenomMyotismon and Pokemon was Charizard vs Magmar, after that I was hooked and that was main shows I liked the most. In school me and my friends used to talk about was Digimon and Pokemon and collect a lot of the cards. Then there was Yu-Gi-Oh, I was introduced to it with Previews and the first episode, Yugi vs Kaiba because when I was a kid and I still am, I have a very strong soft spot for Dinosaurs and creatures from fantasy's, Demon's and Dragon's.

Then here comes the gods and holy savior's of animated entertainment that change my life forever, Toonami and Adult Swim, these 2 program blocks had something so insanely awesome and I haven't seen everything like them before. Toonami with its awesome host TOM and his kick-ass ship the Absolution, along with a ton of action packed anime's, like Rurouni Kenshin, Dragon Ball Z, Gundam Wing, Sailor Moon, Transformers Armada, Beast Wars and Beast Machines, Samurai Jack, Zoids, The Tenchi Series, and DC animated shows like Batman the animated series and Justice League (YAY!!!) and its video game reviews. Adult Swim with its classic slogan, "All kids outta the pool" along with its more mature and darker shows, Cowboy Bebob, Yu Yu Hakusho, Outlaw Star, Trigun, Big O, Samurai Shamploo, Inuyasha, Kikaider more Gundam, also thanks to these 2 got me more into girls, mostly Sailor Moon, Rurouni Kenshin, Inuyasha and D.C. animated shows. Also I got more into anime video games mostly Dragon Ball Z, Gundam, Digimon and Yu-Gi-Oh. Also I more inspired to collect Gundam figures and check out more anime.

After that I always got excited to watch anime everyday, but watching anime was a bit of a pain in the ass for because of the school in Montana. In Montana, school lasted 8:30 to 3:00 and Toonami came on around 1:30 to 3:30 and Adult Swim came on late past my bed time so I had to record or have my parents recorded the episodes for me, not to mention there was another anime I got hooked on and that was Zoids Chaotic Century which came on really early in the more morning, around 4:30 or 5:00.

Kraken (Clash of the Titans)

Graboids
Add a photo to this gallery
Retrieved from "https://villains.fandom.com/wiki/User:HollowIchigo58?oldid=3225026"
Community content is available under CC-BY-SA unless otherwise noted.