View source
Oh? This side font here? Well I'm glad you like it, It's apparently gone under technical glitches or a systematic malfunction you're witnessing
Any whos, just enjoy your moments in life as your lifespan depends on it.
Judgement must be used properly... There's always, always going to be a lot of hate, a lot of anger, but also love and care, vice versa or otherwise. It should be used with greater thinking to the process and must be more than willingly critical enough to bestow and pass on that judgement you hold. Also, remember this: Criticism is key to bigger successes.

How May I Be of Critique Service to You?

Evol-Deku (formerly)
Esdeath's Second Lover (for reasons why respectively)
Makima and Gojo Shipper
X!Gaster (Villains wiki persona)
Jasper (Maybe call me that instead of just X!Gaster if you're welcome)
Makima's servant
The Nostalgia Critic but either low budget or in anime
Thy Critic Shall Rise Once More

High skill and expertise in criticism

Criticize most villains if they are worthy of the criteria to be being Pure Evil.
Make other ideal fanfic stories.
Conclude if Tetta Kisaki fits into the PE criteria (succeeded).

My name is Jacob. I am here in Villains Wiki to help out on some editing to be done with. Also, I'm a Youtuber making daily videos everyday and made some critical review videos about whatever is in mind or store for me.

Ever since January 2020, there are some "crimes" I regretted committing :(. Then again, times changed and it took me almost a decade if felt nearly to reform myself into someone better in re-evaluating.

I'm also the idiot who formed a group of five consisting of yours truly, SleepingGuy, TAD, Sun9141, and Bazilsiraj, to we are the Siblinghood of the Tri-Demigods, an foundation of agents who served their loyalty to the three overlords of each wiki, to which they were Lord Jester of this wiki, Lord Brandon of the Villains Fanon, and Lord Ordeaux of the PE/NPE.

NOTE: to find the heroic version of me (whom I considered inferior to my uprising of superiority), click here: Jake the Netflix and Anime Critic.

Likes: His Harem and can often be friendly towards others.

Dislikes: Everyone he despises, and those who used him for scapegoat purposes (possibly due to torment and incrimination).

PE Proposals I Might Do (Side Note: Think Twice before stealing them without my consent)

Number one goes to the greatest king of them all, Meruem (Rest in Peace Your Highness).

Number three goes to the Goblin who took the Spider out.

Number five goes to the badass, omnicidal counterpart of Batman.

Number seven goes to the hot-headed yet hilarious supervillain, Father, but not the anime version.

Number eight goes to the fallen hero himself, Batman, but fused with Joker.

Meh Waifu Harem Area (Credit to SleepingGuy, but differently since this also includes some characters and Heroines that interested me)

Yes people, but while I do have my opinions on girls depending on their personality and attractiveness as mentioned from my Hero counterpart's biggest top rankings randomly, they are in need of re-evaluation soon as this list demonstrates my current opinions. Take note despite there's already a category for this on my Favorite Villains section, I figured under Doc Brown's quote "What the Hell?".

IMPORTANT NOTE: This only focuses on which Waifu in said Top ratings on who I find most appealing to my tastes. But again as mentioned above, the ladies from any genre, let it be heroes or other Waifus also deserve praise. But this will most likely cover a higher Top rating for each being Villainesses and Heroes (w/other Wifies to be precise lmao).

2ND NOTE: This will also include a special category here being the term defined as "Husbando". Another addition to my harem gallery, only this time its unique and is often called as a Reverse Harem, and also, yes, I happen to be bisexual. Please take note that I am 95% into Waifus and I am a 5% into Husbandos (but I only find them as a side-crush compared to my love for Waifus dominating it). Another thing to know is that some of those Husbandos are only from the My Hero Academia and Tokyo Revengers series respectively, because other male characters from other works are just likable characters in my opinion compared to the two franchies' male characters. So there's a catch to my interests.

First place goes to the sadistic and beautiful Ice Queen, Esdeath, also Waifu Number One in my book while on competition against her rival as always.

Second place goes to the unexpectedly beautiful Control Devil, Makima, yet she demands to be first under her rival.

Fourth place goes to Beelzebub, an fair maiden and female shogun who isn't one to waste her time to bring mercy.

Fifth place goes to the loyal rook and mother-figure, Arrow. 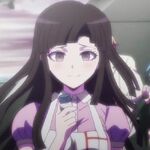 Tenth place goes to a rather lustful demon but she's outright adorable somewhat.

Eleventh place goes to who seems to be Alcina Dimitrescu's previous incarnation.

Twelfth place goes to Team Magma's Admin who wants to "analyze" for a certain data.

Fourteenth place goes to Mujina, the possibly most attractive Tokusatsu villain aside from Akane.

Fifteenth place goes to the psychotic gambler herself, Yumeko Jabami.

Sixteenth place goes to the virgin succubus and future Waifu of Ainz, Albedo.

Seventeenth place goes to the Witch of Greed herself, Echidna. Sorry Elsa Granhiert, but you're not my type over her.

Twentieth place goes to Angel, because damn look at them thighs!

Twenty-first place goes to an fallen angel that immediately took over Hell and overthrew its queen somehow.

Twenty-second place goes to Haumea, she quickly arose to one of the Best Girls in Fire Force now that he face is revealed.

Second place goes to the leader of Brahman and the very first gangster to be a girl, Senju Kawaragi.

Third place goes to the world's hottest heroine, Yu Takeyama, aka Mount Lady (Sorry Midnight and one of my certain childhood crushes).

Fifth place goes to the "ugly duckling who became a beautiful swan", Secre Swallowtail... or Nero.

Seventh place goes to the astonishing lethal woman who'll protect for your sake, U-1196. 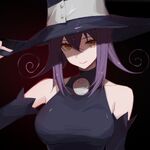 Ninth place goes to the queen where most simps worship, Chizuru Mizuhara.

Tenth place goes to an actress who hidden her beauty, Shirokusa Kachi.

Twelfth place goes to Emma Sano, a welly written school gal who does care and is friendly to others regardless of her beauty.

Fifteenth place goes to Grimm, an huntswoman who immediately became one of the most potential Best Girls early in 2021 for her tall height and beauty.

Seventeenth place goes to the sweet and humble Ruri, she's just calmly expressing herself and to you back. 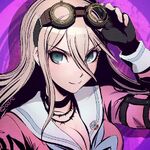 Nineteenth place goes to the Woman/Waifu of Culture herself, Yuki Tsukumo.

Twentieth place goes to Rikka Takarada, she got thighs too thicc for a Tokusatsu anime she's from.

Twenty-first place goes to recent Best Girl in the long-running series of One Piece, Yamato.

Twenty-second place goes to the blazin' sidekick herself, Moe Kamiji, aka Burnin'. She's got the hots you know.

Twenty-fourth place goes to the Hulbury Gym Leader and beauty to all Water-type Pokemon, Nessa.

Twenty-fifth place goes to who seems to be Satoru Gojo's wife or sister.

Twenty-sixth place goes to Mei Hatsume, but please take note that she doesn't to have actual babies but to invent "babies" to be precise.

Twenty-ninth place goes to a Waifu who'll have a chance at winning Hell's Kitchen, Alice Nakiri, but I still theorize her to be Gordon's love child.

Thirty-second place goes to the beauty of wisteria and the butterfly Hashira, Shinobu Kochou.

Thirty-fourth place goes to an gyaru Waifu done right, Naruko Anjou, but call her Anaru if you wish. She prefers it for reasons ;).

Thirty-sixth place goes to Zero Two, she just loves her darling so much.

Thirty-seventh place goes to the true Goddess of Venus herself, Ishtar. We forever worship your beauty and presence.

Thirty-eighth place goes to the Cart Titan with such a good voice to listen as always, Pieck Finger.

Thirty-ninth place goes to Ayame Himuro, one of the best intelligent Waifus out there.

Fourtieth place goes to the creative and skilled Waifu of Class 1A, Momo Yaoyorozu, aka Creati. I mean, in every outfit she wore she's always stunningly beautiful :).

Forty-first place goes to the sixth JoJo in the Joestar Bloodline, Jolyne Cujoh.

Forty-second place goes to the truest Best Waifu in Aobuta, Rio Futaba. All it takes is to take off her glasses and voilà.

Forty-third place goes to a real "wild pussycat", Ryuko Tsuchikawa, aka Pixie Bob. But anyone who wants to marry her, I'm afraid she's taken ;).

Forty-fourth place goes to Yoruichi Shihoin, she may be fit and hot, but she has Blair and Mirko in competition.

Forty-seventh place goes to the Nimbasa Gym Leader and beauty to all Electric-type Pokemon, Elesa.

Forty-eighth place goes to Kisara, an warrior knight who'll protecc and attac at all times.

Forty-ninth place goes to Esdeath's long-lost sister hauling all the way from Russia.

Fiftieth place goes to the airheaded and carefree Pro Heroine from Shiketsu, Camie Utsushimi, aka Illus-o-Camie.

First place goes to my favorite baddie boi, Shuji Hanma. Personally, I'm starting to think his future counterpart might be related to a certain Korean businessman.

Fifth place goes to the eldest sibling of the Haitani Bros, Ran Haitani.

Seventh place goes to the Founder and Leader of the legendary Black Dragons, Shinichiro Sano.

Eighth place goes to the devious and cunning groundworker, Yo Shindo.

Tenth place goes to the shyest boi from the Big 3, Tamaki Amajiki.

The worst one of them all belongs to Peter Stegman, a complete piece of sh*t who deserves to die a satisfying death that gave us much relief.

The second worst goes to the only one who can be hated easily all just by an evil grin, Tetta Kisaki. (Also, justice for Draken and his girl).

The third worst goes to everybody's most despised smug-grinned douchebag, Montgomery de la Cruz. Also, f*ck the writers for having the stupidest idea of sympathizing yet another rapist after the last one.

The fifth worst goes to the hated war criminal and rapist, Sal, no way will shipping him with Wadanohara sounds like a good idea.

The sixth worst goes to Suguru Kamoshida, an example of a lustful, perverted predator who wants many teen girls for himself.

The seventh worst goes to a pile of weird sh*tty swarm with different kinds of "who knows how many spiders by type are there exactly" cases, yet not worth looking up at.

The Eighth worst goes to the abusive opposite to a Care Bear, Lotso Huggin'-Bear.

The People I've allied with

Meh Gallery of Who Knows What's There 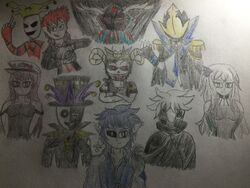 The Siblinghood of the Tri-Demigods (ft. Lord Jester, Lord Brandon, and Lord Ordeaux, the three overlords and our true master Grand King Itajira) 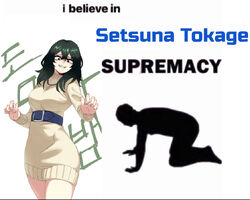 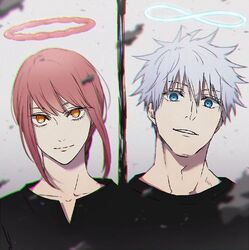 Description: For this Ranking List, this here will discuss about one of the most drastically heinous, depraving villains, with redeeming qualities or obviously without, can truly intrigue the devastation, tragedy, and anguish they brought upon this world, but despite their faults, it's what makes them genuinely unique in terms to villainy. So without further ado, shall we?