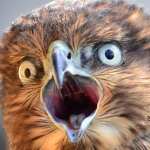 Used to be a moderator here. Retired long ago. I'll swing by once in a blue moon to remove a bad category or so.

Leaving my ground rules for the Complete Monster trope (although this wiki seems to have a replacement of sorts with the "Pure Evil" category; do note that I'm assuming this trope and that category may have different qualifcations than what I'm leaving here) as I'd like it to be somewhere:

Retrieved from "https://villains.fandom.com/wiki/User:LucidPigeons?oldid=2631727"
Community content is available under CC-BY-SA unless otherwise noted.