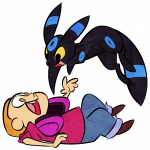 Control of Ice, Wind, and Light

Every villain claims they are the best, the greatest, the smartest, the best looking...but who really has any of that. I mean it may be true that a villain is best at something but you shouldn't believe it until they prove it. I am not the best at everything but I am good at giving you the information you seek.

The person you would rather have as an ally instead of your enemy.

Top Ten Villains (not in order)

A normal teen. At least that what he wanted to be. Tueor was young and happy. Had a girlfriend he loved to spend time with and life was good. That was until his girlfriends dad said she wasn't allowed to be with him. They met in secret, but once the father found that out and Tueor went to the house to say goodby and go on a journey the father knocked him out and, later, he found himself in a cold dark field.

Tueor renamed himself M-Nuva so no one would know his identity and went off to do what he though was the best way to spend his time. Helping others, and he did so by becoming a hero.

M-Nuva continues to fight for his life against the secrets. Hoping that he might someday become a known hero.

Retrieved from "https://villains.fandom.com/wiki/User:M-NUva?oldid=1124827"
Community content is available under CC-BY-SA unless otherwise noted.