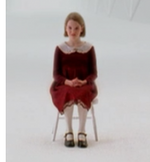 I am a person that really enjoys multi-dimensional characters and frankly heroes are boring. Heroes form into such established niches. Now Villains on the other hand; they can be refreshing, unexpected, empathetic, fun, insane or just plain SOOOO off their rocker evil that they set a recreated standard for what it means to be evil. Evil can be dull too as unfortunately villains can sometimes be dry or cliche', so I am not a big fan of the mindless killing machines with no depth to them. But heroes don't even get that far most of the time. Now villains are what make the plot interesting as long as they are about something more than torture and death, that causes some trouble. Don't get me wrong, I like trouble but I HATE chaos.

My thoughts on Trolling

I see alot of articles added on this wiki that do not belong here. I don't like George W Bush either but that does not make him a villain, someone having policies you do not like does not make them evil. I think the Fan villains pages are pushing it but considering things non-cannon like the Barney parodies, the My little pony Cupcake thingy or TFS's take on Mr Popo, I can see the validity of Fan villains since the non-cannon becomes a prominent concept in the public at large; But then there are the things about half the douchebags on Total Drama Island, MTV's idiot of the week, unpopular/disliked heroes, and frankly I am sick of it. We should have a picture of Peter Griffin with lettering under it saying "You must be at least this antagonistic in order to enter this wiki.".

Gregory House MD is not a villain, I don't care how big of a jerk he is.

Your cousin Miky is NOT a villain because he drives you nuts.

Sam from Danny Phantom is not a villain because you think Danny could do better.

AND FOR THE LOVE OF GOD, STOP CONFUSING ANTI-VILLAIN AND ANTI-HERO!

Retrieved from "https://villains.fandom.com/wiki/User:Mesektet?oldid=3654617"
Community content is available under CC-BY-SA unless otherwise noted.