Looking at blocked users and learning from their mistakes.

Learn how to add images to FANDOM (succeeded).
Discover why I was blocked (succeeded).
Apologize to LucidPigeons about my behavior on the Talk:Smaug page (succeeded, but still patiently waiting for a response).
Stop vandalizing (succeeded).
Change myself and control my anger (ongoing).
Learn new ways to stop trolling and discover how to hack their accounts (ongoing).
Create a healthy alliance with Valkerone (ongoing).
Separate the Fantasy and Dark Fantasy categories by removing said categories from articles, as long as the articles are about characters from either type of media since they can't be from both media (ongoing).

I was blocked 3 times, but I learned from it.

Hi. I am the user known as Misry6, but you can simply call me Misry. I am here to do constructive work on this wiki and improve it. I am also here to suggest ideas for articles, and I am currently planning to create the Legendary Villains Wiki for all villains that are real-world legends.

Blogs That I Don't Want to Forget

Threads that I Don't Want to Forget

These are my reasons for creating the Legendary Villains Wiki:

Pages to Check On

Note: This was made because it might be difficult to add a character's entire history in ten edits due to how many paragraphs it can take, so I've decided to finish them up here. This is also where I test synopses to see whether they are 15k bytes and complete them if they're not finished. 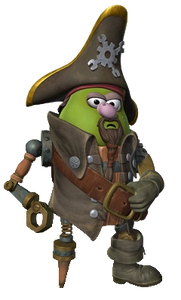