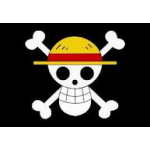 Sonic the Hedgehog is a comic series based on the video game franchise. After the original comics published by Archie ended, IDW took charge publishing a new series, taking place in a universe separate from the Archie version. The series takes place after the events of Sonic Forces and introduces an all new set of characters, such as Tangle the Lemur, Whisper the Wolf, the skunk brothers known as Rough and Tumble, Dr. Starline, and the infamous Mimic, who will be the main topic of discussion.

Who is the candidate? What did he do?

In the past, Mimic the Octopus was once a member of the Diamond Cutters, a mercenary team dedicated to fighting the Eggman Empire. Mimic's profession was the infiltrator, using his mastery of disguise to fool the enemy into letting him into restricted areas. The other members of the team were proud of his accomplishments and trusted him with all their hearts. Unbeknownst to them, however, Mimic was really a self-serving and greedy individual who was only in it to benefit himself, and had no affection for any of his fellow mercenaries. Because of this, he had no qualms with taking advantage of his team's trust so he can lead them into one of Eggman's traps just so Eggman would spare his life. After learning that one of the Diamond Cutters, Whisper the Wolf, is still alive, Mimic was ordered by Eggman to dispose of her or else, but was unable to locate her, so he used fake evidence to make it look like she was gone for good, believing that she was too cowardly to be any real threat.

In the present, Mimic became obsessed with hunting down and eliminating the last surviving Diamond Cutter in order to avoid Eggman's wrath. First he posed as Sonic and committed terrible crimes to lure Whisper out, only to end up being chased by her. Using his guise, he fooled Whisper's new friend, Tangle to fight against her, allowing him to sneak way. He then invited Whisper to finish their chase in an old Eggman Empire bunker.

After entrapping Tangle and taking her form, he then went after Whisper, but was outmatched. Mimic then used psychological torture by shifting into their deceased comrades, and then using Tangle as a hostage to get away from Whisper and the bunker so they both would die from the explosives he set. After learning that they survived and were hiding out at the old Diamond Cutters base, he asked Eggman for reinforcements so that he can finally finish them off.

At the base, he fell into a trap where he was forced to face the ghosts of his past, but was unmoved and boasted that he still had no remorse for what he did. But after some more mental abuse, Tangle and Whisper were able to bring him down. Whisper contemplated ending him, but Tangle was able to talk her out of it, and so they imprisoned him in one of Tails' inventions, where he'll spend the rest of his days in misery of his humiliating defeat.

Mimic's philosophy is that friendship is nothing else but a weakness, and has often exploited this weakness in others. This may have implied that Mimic never truly trusted his old team, or looked down them for being so trusting.

Mimic is a duplicitous and self-serving individual who never cared for anyone but himself. He expressed no regrets for betraying his team and scarring the last remaining member for life, even shifting into their forms and accusing her of being responsible for their deaths just to torment her. IT should be noted that he now serves Eggman, who he had once sworn to bring down.

As Tangle stated, Mimic is the absolute worst, and deserves to be considered Pure Evil.

Retrieved from "https://villains.fandom.com/wiki/User:Mugiwara1994?oldid=3668336"
Community content is available under CC-BY-SA unless otherwise noted.