Doing translation.
Celebrating Halloween (though there were no trick or treat in the mainland China).
Contributing on wikia sites.
Drawing
Reading.
Writing small stories for simple fun.

Make the wikia a better place, and accept any suggestions and reminding by the trusted users and admins from now on.

Hello, my friends, you can call me NGC fan (NGC means "National Geographic Channel") or Officer Candy Apple. I am just an ordinary person from Beijing, China. I am currently working on villains in some popular Chinese fictions. I know I'm a young guy in here, so I will be very careful and modest! If you have some suggestions for me, dear admins, then tell me, please! :)

By the way, I personally do not like swearing unless I was too angry. When I hate someone, I would rather call that guy (mostly) "rotten apple" or "bad person" than anything else. Also, I will not tolerant vandalism, cheating, spamming and trolling. Please take care and have a good time editing this wiki without harassing the wrong person. Thank you for your cooperation.

For now, I have become less frequent upon this wiki because of some tiresome heap of works, as well as repenting from a terrible mistake upon this wiki, but I'll still pay visit to edit and make some proposals of potential Pure Evil villains if I have a chance.

By the way, I am not considering Ghetsis or Smaug as CMs. Do not harass me about them. If you do not agree with me, please, suit yourselves then.

Villains I am Neutral at (No personal rank)

Note: This is based on my personal opinion, not representing the entire fanbase of the respective characters. I have no attempt to start an edit war. 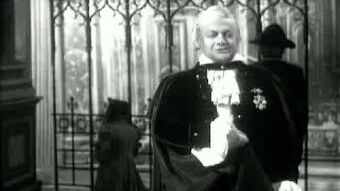 Created pages I am working on