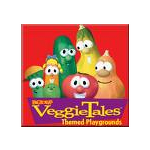 The Dark Light is a council comprised of seven major villains throughout the cartoon universe. They seek to spread their darkness and evil throughout the universe and make everyone see the darkness even the light itself and destroy all those who oppose them or get in their way. They mostly operate from the shadows and have their enforcers carry out their plans in the limelight. They also form partnerships with other all power villains in return for access to each other's power and resources.

Retrieved from "https://villains.fandom.com/wiki/User:Qwertyvg?oldid=3859191"
Community content is available under CC-BY-SA unless otherwise noted.