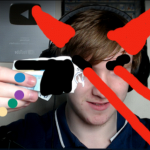 Trickery
Manipulation (only when needed)

To make the Villains Wiki a great place.

Hello everyone who happens to read this! I am RandomnessIsAwesome, but you can call me Random. I try to keep an eye on sockpuppet accounts and trolls. Just think of me as your Immortal Pure Evil (but sometimes not)-detective. I want to help this wiki out. I am willing to help anyone w/ rules or something. Just don't mess with me, and we're good. Also, I use the villain infobox instead of the user infobox because I'm an asshole.

Friends of Mine (I hope)

NO EDIT SPAMMING. NO TROLLING/VANDALISM. NO SOCKPUPPETING. RESPECT THE WIKI'S RULES. NO HARASSMENT. NO NEW CATEGORIES. (Except for Mas Murderer.)

Retrieved from "https://villains.fandom.com/wiki/User:RandomnessIsAwesome?oldid=3342000"
Community content is available under CC-BY-SA unless otherwise noted.