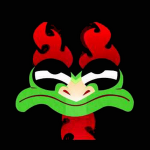 Get rid of trolls.

I was Dimentiothetrickster but I moved to this account as the other one I did not used for a long time. Normally if one account was not used for three months then I will never return to it. I will not edit much here, but talk with an admin and watch the users.

Most favourite shows in no order

Fullmetal Alchemist: Brotherhood (I actually prefer the manga but FMAB is basically the manga on screen, so...)

Most hated shows in no order

My favourite villains in no order

Bill Cipher: Two most powerful demons that was given personality and sense of humor, and some charms that make them great. Sometimes, simplistic designs can make good villains.

The Beast: Not a bad villain.

Vearn: One of a few "Dark Lord" villains that was given personality.

Professor Pericles: Small parrot with high intellegence and mastermind behind many events of the show. But too bad he is no longer evil. Some villains need to stay evil.

The Joker: I like this version most due to we see him from episodes to episodes (he is the main antagonist of the series after all), not appear in only one time only to be defeated. Also animation is way better.

Villains that I neutral to

Kefka Palazzo and Dimentio: Pretty good villains. Too bad they appear in only one game. If they are recurring villains and main villains of a TV show I might consider add them into my favourite list.

Toffee: Pretty good villain but was overshadowed by Bill Cipher and Aku.

Lord Voldemort: Not a bad villain, but they should add him a sense of humor.

Koba: Great character. But sadly, he is still too barbarian, and appear only in one.

Sauron: I just find him okay.

Darth Vader: Not impress me that much.

Katz: Pretty cool villain, but I still like the other ones more.

Davros: He is fine villain.

Discord: Never seen My Little Pony before so I can not tell much about him. Cool design though.

Most hated villains in no order

The Punisher: Sorry people but I just find him a douchebag who think he could do what he want.

Fire Lord Ozai: One of the lamest villains I ever seen.

Unalaq: Lame design, no personality, being overshadowed in his own arc, bad villain.

My favourite ships in no order

Dipper x Pacifica (Dipcifica): Cute couple that have chemistry that was hinted throughout the show. During Season 1, it was considered a crack ship and I really like the concept. But in Season 2, it become the first ship of the show that got my attention. Too bad none of the ships including it become official, but Alex Hirsch himself seems to support it.

Star x Marco (Starco): Good chemistry, cute and the Star vs the Forces of Evil counterpart of Dipcifica. Any other explaination needed?

Janna x Tom (Jantom): Similar to Dipcifica in Season 1, they have interesting concept.

Nobita x Shizuka (I will call it Nobizuka, classic 1979 series only): One of the only times the "the protagonist get the girl" cliche was done right.

Bill Cipher x TG (Aroace): TG is an OC owned by a Deviantart user named TheGeneraless. This is the only ship which involving Bill Cipher that I truly like, as it is a healthy relationship for him, not the toxic ships that the trolls do with the main casts of the show. And it makes sense for his character (I know Bill Cipher does not care about making sense, but you know).

Ships that I neutral to

Jackie Lynn Thomas x Marco (Jarco): I do not mind this couple, I just do not like it as much as Starco.

Janna x Marco (Janco): Great ship, but just like Jarco, I do not like it as much as Starco. But I like it more than Jarco.

Mabel x Bill Cipher (Mabill): A ridiculous ship, but I get the idea.

Wirt x Sara (Wira?): I rarely if ever pay attention to this ship.

Wirt x Beatrice (Wirtrice?): I do not mind this couple, I just like Wirt x Lorna more.

Tom x Star (Tomstar): I do not pay attention too much to this couple. Though I do feel bad for Tom for trying to get Star back to no avail.

Tom x Marco (Tomco): Does not care about this ship at all.

Marco x Hekapoo (Markapoo): Not a bad ship, but I like Starco way more.

Most hated ships in no order

Dipper x Bill Cipher: What? NO.

Dipper x Wendy: In Season 1 I does not care about shipping. It is just like Jackie Lynn Thomas x Marco at the time. But in Season 2, the ship tease was keep dragged even though it ended long ago. Bad ship. Sorry guys but the hat switching scene does not mean anything, it was done in a platonic sense rather than a romantic one like many people want to think. And thankfully like other ships with Dipper, it does not become official. I hope they killed off Wendy.

Dipper x Mabel: No, just no.

Mabel x Pacifica: Not only this is disgusting, but I feel like people only use this ship as an excuse to ship Dipper with Bill Cipher and/or sometimes Wendy. If so, it is really a pathetic one.

Wirt x Greg: Same with Dipper x Mabel, well in this case they are half brothers but still.

Knighthood45: Remove one edit only to then to do exact the same thing that he removed. Recently due to I report him to the admins that he stopped doing that, but we still need to keep an eye on him.

Super Poison Ivy: Spamming, trying to puzzle people, once messed up a page of an admin, and then talking to herself. I suggest the admins never make her a trusted user again or she will think she can do whatever she wants.

Most hated Deviantart Users in no order

ghffff: Harrasing Pacifica fans. Apparently claiming she deserve to get abused (WHAT?).

pawrui: Spamming so people would think Dipcifica can not be official.

SmolBeanDerek: "Dipcifica has no potential"? Did he even watch the show and not to mention Journal 3? One comment is enough for me to hate him. Sorry but as long as you still think so, I would not truly remove you from my hate list even if I did remove you here, be it you care about that or not. Bye.

Aurik-Kal-Durin: Shipping Wendy with Dipper, you asshole (excuse my bad mouth). Though this is impossible, I hope she get blocked from deviantart for shipping such.

And if I catch any of those creatures making accounts on this wiki (and possibly vandalizing shipping pages), I will tell the admins to block them permanently. I was feed up with them.

Users that I can trust

Jester of chaos: Excellent admin. I can talk to him and report bad users.

Grizzhly: Trustworthy user, but I have to make him remember if seeing a bad user like Knighthood45, report that user right away.

Retrieved from "https://villains.fandom.com/wiki/User:Shogunofshorrow?oldid=3225115"
Community content is available under CC-BY-SA unless otherwise noted.