View source
Again, this is to show that this user is slowly running out of ideas. But this little side box shows that I am fan of Dabi, the pic used to be Muscular and then Emperor Zurg, but since Dabi is cool, he's in the box so he can watch you.
This was an inspiration from JacobKyleF and SleepingGuy
A Werid but lovable person, this user is kind but sensitive. But she sometimes needs some help with stuff, please message her if you want to help her with something and don't message her if your a sockpuppet, a troll, or you just want to annoy her.

The Shadow and The Villain (Upcoming Fanfic)

Multiple other fanfics planned in the future.

In Real life:Reverting Sockupuppet edits that hadn't been undone already.

Watching the Deku vs Muscular fight.

Kill all humans as revenge for being regected by Society.

Have Muscular become a PE (Succeded)

Find a Muscular and a Kurogiri action figure (Ongoing)

Keep Muscular's Page as Vandalproof as possible (Succeding so far)

"A good villain must have a good outfit. Muscular on the other hand is a good villain with an awful outfit. He could have worn an outfit based on Carnage from Marvel. Then he would be cooler" - Me critisizing Muscular's outfit.

I'm Tabbykitth, or better known as Tabby. I consider myself the Anti-Hero of the Villains Wiki community as I am nice, but I can be impatiant sometimes. My birthday is Feburary 5th meaning I am an aquarus. I'm active, but not all the time. I also consider myself to be the only person who simps for Muscular (even though I'm 1.3ft shorter than him, no joke, I'm legit 5.4ft when I thought I was 5.7ft). Please refer to me as Tabby since my username is pretty hard to pronounce, and it is okay if you get my gender confused, I don't really mind being called a he. Also, I would really appreciate it if someone does a drawing of my OC which you can see on the infobox I used on my userpage.

I'm quite smart when it comes to knowing about villains, and how a villain can be pure evil. I can be compared to Mayura from Miraculous at times because I'm quite similar to her. Why am I quite similar to her? Just like Mayura, I want to help at anyway I can. There are other similaries between us, but I'll explain it later. I'm quite comical because I tell a lot of weird jokes that nobody will ever get (when I mean weird jokes, I mean really odd jokes). I'm not really talkative because I'm a bit shy. My favorite villains are Mayura and Dr. Ivo "Eggman" Robotnik. I like the band called Europe and some of their music. My favorite disney and non disney songs are This is Halloween and In the Dark of The Night, but I like the metal covers of those two songs the most. My favorite shows are The Big Bang Theory, My Hero Academia, and Miraculous Ladybug. My favorite heroes are Sheldon Cooper and Adrien Agreste/Cat Noir. My favorite episodes from some of my favorite shows are Scoobynatural from Supernatural, Befena, Miracular, Miracle Queen, and Heroes Day from Miraculous Ladybug, and any episode from The Big Bang Theory. I'm a violist which isn't very common because violinists make up most of the world's ochestras in my opinion. I have an Xbox one which I use to play Sonic Mania, Sonic Mania Plus, Sonic Forces, and Sonic Generations. I also like writing, and I might create some fanfictions later this year. I'm a big fan of My Hero Academia's most underrated villain, Muscular.

I ain't telling you, that's private!

Lila Rossi (Keeping an eye out for false info)

Hawk Moth (Same thing goes for him as Lila Rossi, plus, he is getting worse and worse by every episode, I just might have to watch him even more than I ever do because he becomes so bad on a PE level, I might actually scream)

Muscular (Just in case if a vandal targets his page)

That's all I have to watch, but if you want me to watch more pages, talk to me on my message wall.

The Siblinghood of Tri-Demigods (Sadly, I'm not part of it yet)

Shinobi76 (He isn't a bad person, he's just trying to help out.)

This one is for the users that I'm neutral with, not exactly enemies though because they do have good in them.

Any user who makes sockpuppets

Coolster17 (Oh my god, he antagonist fusses EVERYWHERE including a wiki I always work on called Pooh's Adventures Wiki. If your an admin at any wiki, if you see someone who is changing antagonist roles, that's him and block him across fandom PLEASE! I do not want to see that bastard again!)

You Know Who (If you dare impressonate me, Muscular will come into your bedroom in the middle of the night and will strangle you to death. Plus I can catch his sockpuppets easily, he always asks for some villains that are very minor or non-villains to be added to the wiki.)

Dmsisco (Getting a bit worried about this guy, I think his next move is to blame me for his actions. I did nothing to you! I think of his as Muscular, but without Context.)

Natgall09 (Insulted me once on an opinion I made)

Learn how to use a villains wiki templete or ask someone for help. (Succeded)

Have Muscular, Dabi, and Tomura Shigaraki headlined. (Ongoing, Muscular failed and he was ignored)

Play The Sonic 3 & Knuckles Major Boss theme on my viola (Ongoing, that's if they have sheet music for it)

Get myself listed for Voting for Pure Evil Proposals (Succeded)

Have Muscular become a PE (Succeded)

Get the good ending in Sonic and Knuckles (Ongoing)

Create a fanfiction of my own and get it reconized (Ongoing)

Get all As in school (Almost Succeded in Sixth Grade)

Create an entire Lego Land in my bedroom (Ongoing)

Make friends on the internet (Ongoing)

Villains who would be best friends with each other 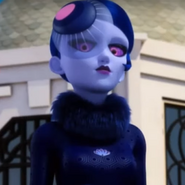 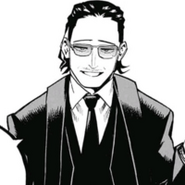 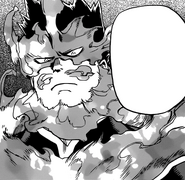 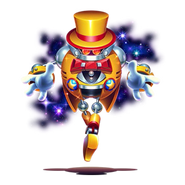 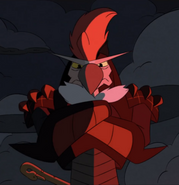 My Top 20 most hated Villains Gallery 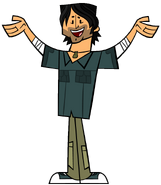 My Gallery of my fanfic forms.

Tabbykitth as a dark angel

Danger on the track

A Heart of Stone

This is Halloween (Metal Cover)

In the Dark of The Night (Metal Cover)

Ones who I don't remember

Paint it Black (I don't remember who did this)

VFH canadates that I voted for (Not counting my own canadates)

???: Dabi or Tomura Shigaraki (Might let someone else do Tomura)

My backup VFH Canadates just in case if someone plans to do mine.

My Sandbox (Don't steal my ideas)

Others wikis you can find me on