View source
WARNING: You are encountering an incredibly chaotic yet manipulative user. Chances are he'll drive you insane... so be warned. Also, if your a video game jester, you may actually wanna leave. He is obsessed with them.

Practically every magical ability every evil video game jester has had. Dimentio, Marx, Jevil, Kefka, you name it.

Destroy all of existence and recreate it as a "Dimentio Dimension."

Hello. I'm just an individual with an obsession with evil jesters (mainly video game ones). Also just doing some edits and trying to help out. Dimentio is the best... change my damn mind, I dare you.

Number one favorite goes to Vader himself.

Number three goes to the stealer of Quirks, All For One.

Number five goes to what would have happened if J. Jonah Jameson gained Superman's powers.

The worst goes to Vukmir, easily. He's so freaking disgusting, and you know, it should say quite a lot when you are WORSE THAN CHAMP, AND NOT PE.

The second worst goes to Champ. Seriously, the only thing he ever deserved was death, maybe even a fate worse than that.

Third worst is easily Black Noir. Believe me, I am so freaking happy he seems to be (so far) nothing like his original counterpart in the Amazon series. 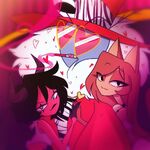 Valentino comes in fourth. Seriously, how can you not loathe this guy? He's a prime example of a Hate Sink.

The fifth most hateable villain for me? Aquamarine. Seriously, in a series filled with sympathetic villains, there is nothing to feel sorry for her about.

Porky Minch is the sixth worst. He went from brat, to psychopath, to total monster quite quickly if I am being honest. 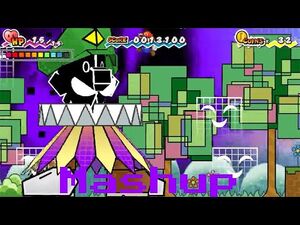