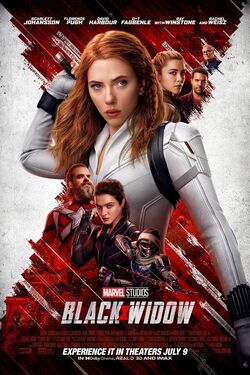 Hello everyone! Well, I have got permission from X9 the Android, to do this discussion before he makes for Pure Evil Proposal for General Dreykov.

Are there any Candidates from the film?

Dreykov is the main antagonist of the 2021 Marvel Cinematic Universe film, Black Widow, which is the first film of Phase Four.

He is a high-ranking officer in the Soviet Armed Forces who acted as the Red Room's oversee, he is also the superior and father of  Taskmaster'/Antonia Dreykov. He wanted his daughter to retrieve Natasha Romanoff so that he can kill.

He wanted to have Black Widow taken down directly in the Red Room, wanted to create an army of Black Widows, and wanted to kill Natasha Romanoff.

He is incredibly cruel, ruthless and intelligent man as well as someone who was incredibly power-hungry, short-tempered, petty and controlling. Unlike most villains in his position, however, Dreykov was also very pragmatic and strategic, deciding not to go after Natasha for years on end in spite of having the motivation and numerous resources and army of widows under his control to do so, as he knew this would result in him and the Red Room being exposed from hiding.

Due to his lack of strength, he took extreme measures to ensure he couldn't be physically harmed by any of the widows, shown mainly by the use of a nasal pheromone lock that he put into every widow. As soon as Natasha negates the lock by breaking her own nose, Dreykov shows immediate terror and fear, showing that he's nowhere near as tough as he tries to come across as.

Then during part of the film, he reveals to Natasha that the Taskmaster is her daughter, Antonia Dreykov, while talking down to Natasha in disgust over causing her disfigurement in order to kill Dreykov himself. It should be noted, however, While he might have some care for his daughter, he was still perfectly willing to put his daughter under mind control and force her into being his personal bodyguard and assassin, and had no thought of her at all when trying to make his escape from the exploding base, so this likely wasn't out of care for her.

This makes him one of the most dangerous villains of the Marvel Cinematic Universe.

He can qualify as Pure Evil, as despite having care for his daughter Antonia, he had no problem of leaving her to die. Which makes him one of the most evilest villains of Marvel Cinematic Universe.