Founder and first leader of the Tenshouin Naraku

Immortal Cataclysm
Utsuro is the overall main antagonist of the Gintama anime/manga series. He is the founder and first leader of the Tenshouin Naraku before Oboro took his position. He is the original identity and self of Yoshida Shouyou and now part of the Tendoshu.

Utsuro is usually shown wearing a dark-green cape with feathers on the shoulders and the mask of the Yatagarasu. In contrast to Shouyou, he's wearing his hair laid back and has red eyes filled with emptiness. Just like all Naraku assassins, he's carrying a shakujō with a hidden blade inside. The tsuba of his blade has the form of the manji.

Utsuro is a very remorseless, fearsome, cruel and sadistic psychopath who lacks empathy and compassion. Utsuro loves death, agony, and destruction, as he shows enjoyment of killing people and annihilating entire villages for no reason.

Utsuro's one true goal is to end his inmortality by destroying the world and turn the universe into nothingness.

Utsuro was born with the ability to absorb and contain a very high amount of Altana within his body, granting him near ageless immortality and high regenerative capabilities. 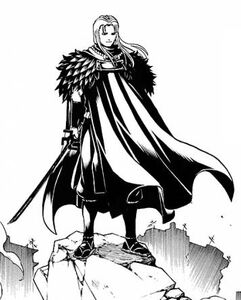 Utsuro's full appearance in the manga. 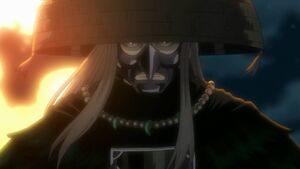 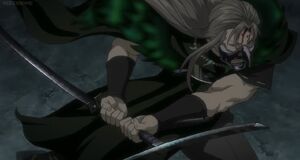 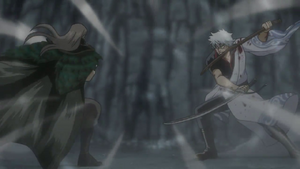 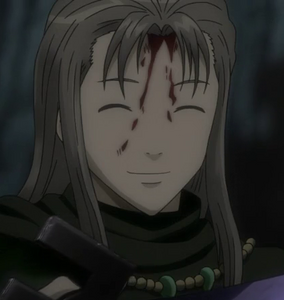 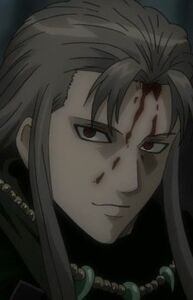 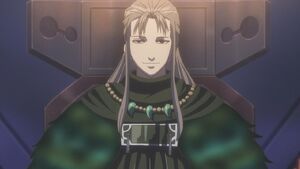 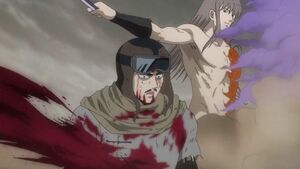 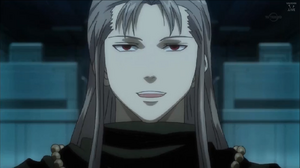 Retrieved from "https://villains.fandom.com/wiki/Utsuro?oldid=3708578"
Community content is available under CC-BY-SA unless otherwise noted.