Uva was one of the five Greeed created by the first OOO, a European monarch. After the King stole their Core Medals, Uva teamed up with the other Greeed to retrieve their Core Medals and defeat the King, only for Ankh to betray them to the King, who promptly betrayed Ankh and sealed the Greeed along with Ankh's right arm.

800 years later, Uva and the other Greeed were released and began attacking humans to feed off of their desires and become complete. Uva suffered several defeats from the current OOO, Eiji Hino, and lost several of his medals to Ankh, who had allied with Eiji.

After Kazari's experiments resulted in the deaths of Mezool and Gamel, Uva began looking for a way to revive them and succeeded after seeding people with a Waste Yummy and producing a massive amount of Core Medals to increase his own power. However, Mezool later betrays Uva to side with Kazari, Maki and Ankh (Lost), and they destroy Uva, leaving only his Kuwagata Medal. However, Uva's essence remained in the medal and stated that "it will not end here."

Uva was later revived and joined up with Dr. Maki and the rest of the Greeed to get their medals back. After Ankh defects back to Eiji's side, Dr. Maki gives Uva back his final Batta Medal so he can assume his complete form. Now complete, Uva beats down both Birth and Birth Prototype, and OOO Putotyra and Eiji in his Greeed form.

After beating down the Births some more, Eiji returns and uses the King's Core Medals to assume the True Tatoba Combo and easily defeats Uva. With Uva dead, Maki adds the Core Medals he stole from the other Greeed into him, preserving his life as a result.

Uva attempts to continue the fight, but Maki adds more and more Core Medals, causing Uva to overload. Uva flees and pleads for help only for his body to dissolve and become the Medal Vessel. After the Medal Vessel is destroyed, Uva's Core Medals are all sucked into the black hole that emerged from the Kyouryu Greeed's body.

Uva was resurrected by the recently revived King to spread his totalitarian agenda all across Japan. Out of fear he submitted just like 800 years ago and went on a rampage killing a large amount of people and destroying Tokyo. When Ankh is revived he is currently on a crusade to quelch a rebellion created by Shingo. He alongside the other Greeeds and trash yummies beat them to the brink of death even supported by the King and his strength.

Uva is seen discussing the future of the Greeeds with the others before being approached by his King. He was tasked to ambush Eiji Hino and gather all the core medals for his ruler. Complying, he found where Eiji, Ankh, and Hina were and began to attack them all in a fury they hadn't seen in a decade. During their fight Ankh wasn't willing to help who he considered a "Fake Eiji" and therefore OOOs forcefully took some medals from Uva. This wasn't pleasant for Uva and he demanded them back before being thrashed by his own combo equivalent.

Reduced to just a life medal he pleaded not to be slain like a decade ago but Eiji was going to crush his medal with no remorse until halted by Ankh. It was revealed this was an artificial greeed Goda. This confrontation let Uva escape and when he retreated he now asked for a second chance by the King. The selfish ruler gave him death with Kazari claiming he was destined to perish, ironically not getting his wish just as with Maki.

A Dummy Inhumanoid copy of Uva was created by Foundation X along with the Dummy Inhumanoid replica of the Greeed and four Museum Dopants. They were sent by Lem Kannagi to attack Kamen Rider OOO but were defeated by the Seven Legendary Riders after OOO and Fourze freed them, with the fake Uva being defeated by X-Rider's X Kick.

Uva was among numerous monsters who were seen battling the first 18 Heisei Riders by Sento Kiryu before being defeated by the Vortex Time Break of Kamen Rider Zi-O BuildArmor. 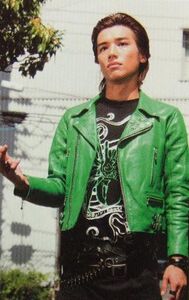 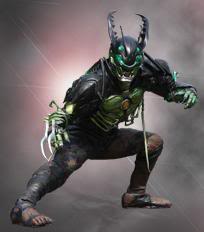