Make Dumbo a big star in his state-of-the-art amusement utopia Dreamland to become a bigger success than ever by any means necessary whether he has to threaten anyone it cares.

Kill Mrs. Jumbo in order to prevent Dumbo from seeing her again (all failed).

V.A. Vandevere is the main antagonist of the 2019 Disney live-action film Dumbo, based on the 1941 traditionally animated classic film of the same name.

He is the ruthless owner of the amusement park Dreamland until its destruction. Vandevere makes a deal with Max Medici to make his flying elephant Dumbo the star of his new show, but once Dumbo realizes that Vandevere has his mother kept in a cage, Vandevere decides to do whatever necessary to keep Dumbo focused on his show. He was also Dumbo's temporary owner and arch-nemesis.

He was portrayed by Michael Keaton, who also played the title character in Beetlejuice, Carter Hayes in Pacific Heights, Peter McCabe in Desperate Measures, Trip Larsen in King of the Hill, Chick Hicks in Cars, Ken in Toy Story 3, Raymond Sellars in the 2014 RoboCop remake and the Vulture in Spider-Man: Homecoming and Morbius.

At first, Vandevere was thought to be a kind man as he formed a beneficial deal with Max Medici to show Dumbo's talent to the world. But this is all a facade to his true nature as a ruthless, greedy businessman who is determined to make profit by any means necessary, as he was more than determined to have Dumbo's mother killed in order to keep Dumbo for himself. As it turns out, Vandevere was abandoned by his father when he was a kid, but took it as a good thing because he learned to fend for himself before rising himself up to be a famous businessman, believing that it is essential to grow up by distancing away from those who care the most; even telling Joe and Millie Farrier that they would be better off living without their father Holt (despite the latter's care for them).

He is also shown to be a bit foolish, as shown when he angrily tried to reboot the electricity back on with two switches at once and refusing the advice of the technician, only to accidentally start a fire due to his enraged mismanagement, which eventually destroyed his own theme park. In short, his utter need to fend for himself led to his downfall.

Vandevere first appeared when reading a newspaper about the baby elephant Dumbo being capable of using his large ears to fly at the Medici Brothers' Circus, which has enamored the audience and media and allowed the circus to earn enough money. Believing that Dumbo can serve as a chance to bring more glory and fame for his own theme park, Vandevere personally arrived to the circus and formed a deal with the circus ringmaster Max Medici: the latter would become Vandevere's partner and the circus' troupe would be employed to perform at Dreamland. Medici accepts the deal and the circus troupe became direct employees of Dreamland.

During Dumbo’s debut performance at Dreamland, the performance went wrong due to the lack of a safety net that Dumbo and Vandevere's star aerialist Colette Merchant needed, which almost killed them. Dumbo soon learned that his mother Mrs. Jumbo is at a separate exhibit in Dreamland (as she was sold away by Medici to prevent a public relations problem following the death of an abusive handler named Rufus Sorghum). Due to the trauma of being separated from his mother, Dumbo flies out of the tent to reunite with his mother, which disappointed the audience. Upon witnessing this, Vandavere orders his men to separate Dumbo from his mother, despite Holt's objections.

Because of the disappointing performance, Vandevere believes that Mrs. Jumbo is being a distraction, so he decides to get rid of her immediately to have Dumbo for himself. Holt and Colette angrily confronted Vandevere for his disregard of the safety net and that Dumbo just wanted to see his mother, but Vandevere refused to care by saying that he doesn't allow safety nets during real performances and that Holt's children Joe and Millie would be better off living without their father. He stated that the real reason why he's saying this is because he was once abandoned by his father when he was a kid and had to fend for himself before rising up into business. To that end, he get his right-hand man Neils Skellig to arrange a transport for Mrs. Jumbo for her termination during Dumbo's next performance while forcing Medici to fire his entire troupe to cover his tracks, much to Medici's distraught.

However, Holt and the troupe refused to accept this and decided to free both Mrs. Jumbo and Dumbo from captivity; even Colette and Vandevere's butler Sotheby tagged along as they are disgusted by Vandevere's behavior. While Vandevere is busy overseeing Dumbo's next performance, little did he know that Colette, Holt and the troupe are utilizing their talents to gain hold of the truck containing Mrs. Jumbo so that they can transport her to the docks away from Vandevere's grasp. When Skellig found out about this, he informed Vandevere, who furiously ordered his park to be locked down so that the troupe won't escape.

When Skellig managed to catch Joe and Millie, Vandevere interrogated them about their father's presence, but he learned too late that Medici allowed Holt to open up a hole in the tent to allow Colette and Dumbo to fly out, which distracted him and Skellig long enough to allow the kids to escape. Colette and Dumbo then fly over to the park's systems tower, when they turned off all of the lights and security systems to allow the troupe to escape with Mrs. Jumbo from the park. Colette and Dumbo then escaped away with Holt and his kids, which incited an angry Vandevere to reboot his systems, though this only starts a fire triggered by his own enraged mismanagement, putting the entire park in flames and the all the attendants in danger, forcing them to evacuate.

With the elephants and the troupe having escaped, Vandevere furiously orders for Medici to be arrested, knowing that he let the troupe in freeing the elephants. However, Medici wisely states that while he may be held responsible for setting the elephants free, he points out that Vandevere has bigger problems to deal with first as Dreamland is burning thanks to his foolishness, something which the wicked ringmaster realized too late. He is last seen moping in defeat as he watches his park being burned down and destroyed. Vandevere's fate remains unknown, whether he was likely arrested for his actions or forced to sell the remains of his park. 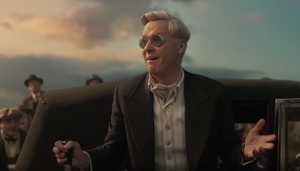 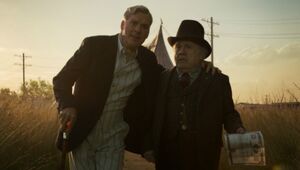 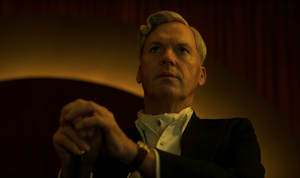 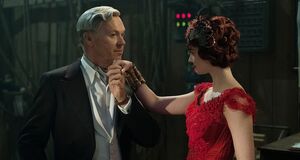 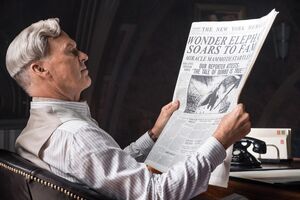 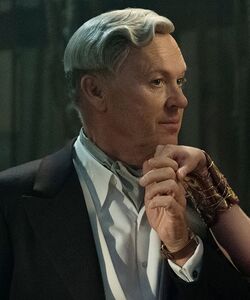 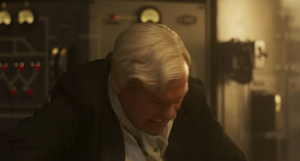