Destroy the Aogiri Tree and Eto to reduce competition (succeeded).

Maintain their "perfect balance" of the world.
Eliminate Ken Kaneki (both failed).

Vasuki, better known as just V, is a secret organization and the overarching antagonistic faction of the anime/manga series Tokyo Ghoul.

V is a largely unknown organization of half-humans that appears to have operated in secrecy and operates mainly in the shadows and is very illusive. They appear to be at odds with the Aogiri Tree and their leader, Eto and The One-Eyed King and they want to kill him and destroy Aogiri in an effort to maintain their "balance" that Aogiri has apparently been destroying. It is revealed in Tokyo Ghoul :re that the Washuu's - the family that heads the CCG - are top members of V, with Kichimura Washuu in particular leading the group. V eventually joins forces with the Clowns, due to both having the same leader and similar goals of overthrowing the world's order.

V has a very mysterious history considering the lack of information known about but V first appeared to Yoshimura where he found him young, desparate, and alone where he was reached out by Kaiko, a V member, and was eventually recruited into the organization and acted as V's Cleaner and did their dirty work. Eventually however, he met Ukina, a human waitress, and fell in love which caused him to leave and defect from V which costed Ukina's life but not before Eto was born. Eventually, Yoshimura turned into his kakuja armor and slaughtered countless V members in revenge. At another point in time, Rize Kamishiro escaped from V and fled until she ran into Matasaka Kamishiro and he adopted her.

At present day time, Kaiko meets Yoshimura and talks to him. Kaiko gives Yoshimura one last chance to join V again and give up Eto as well as mention the collapsing balance because of Aogiri. Yoshimura rejects his proposal and in response, Kaiko tells him to die and leaves after saying that he's in a "birdcage".

In Tokyo Ghoul :re, after her arrest, Eto reveals V's existence to Ken Kaneki and some of the members who are in it, including the Washuu family. V begins to emerge when Kaiko orders Kishou Arima to dispatch Shachi in order to secure Rize. Under the command of Nimuru Furuta, V betrays the Washuu's by assassinating Tsuneyoshi Washuu, the family's patriarch, and this instilling themselves as the new heads of the CCG. 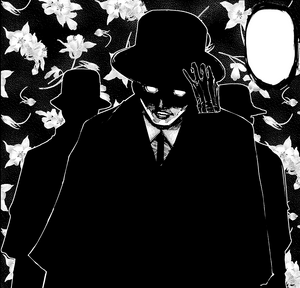 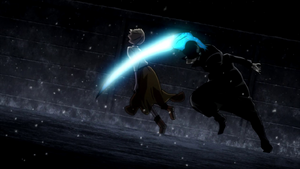 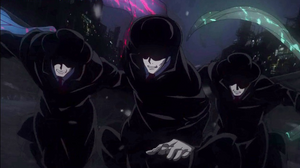 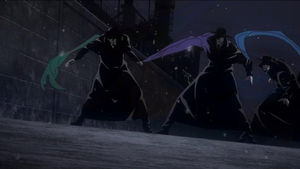 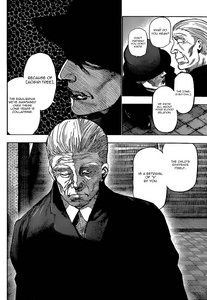