Agent of the KGB

Plant spies within the European government.

Major Vadim Rudnik (Russian: Вадим Рудник), is a supporting antagonist in the 2020 first person shooter Call of Duty: Black Ops Cold War. He is a Soviet operative and member of Perseus's spy network, and helps the Soviet leader instill spies within the European government. Depending on the player's choice, they can eliminate Rudnik and his sleeper agents, or leave him and the agents alive throughout the campaign.

Vadim Rudnik was born in February of 1951 in the Soviet Union, and would later join the Soviet Armed Forces and reach to the rank of major. Rudnik would then become an agent of the KGB, and became an associate of Perseus and his spy network that was stationed in Europe. Rudnik and Perseus collaborated together for years to instill agents within the European government, as Perseus wanted the Soviet Union to receive help from the spies stationed by Rudnik. The major would act as a handler for the embedded agents, with his top three given the nicknames - the "Strong Man", the "Bearded Lady", and the "Juggler". The three spies would recruit other spies in different countries, and MI6 proceeded to track both Rudnik and the three spies on their dealings.

When Perseus decided to detonate nukes across Europe, he had Rudnik prepare his sleeper agents within their pockets of governments be prepared to take over. Rudnik was present at the meeting of Perseus's plan, alongside Russian arms dealer Anton Volkov, KGB informant Robert Aldrich, Iranian terrorist Arash Kadivar, and Perseus's lieutenant. Perseus revealed that he use all of the Greenlight nukes to destroy Europe to help the Soviet Union, and would launch them away at the Solovetsky Islands. After the meeting, Rudnik would lay low in the mountains of Uzebekistan, and would have the Soviet soldiers guard him at all times.

At the CIA safehouse, "Bell" can look at Operation Red Circus on the board, and can collect evidence to find Rudnik's sleeper agents that are spread across Europe. Though the player can start the mission early since the CIA know Rudnik's location, it's best to collect the evidence first to pick the correct sleeper agents.

Evidence can find in various missions, but for the three for Operation Red Circus, they can be found in "Brick in the Wall", "Echoes of a Cold War", and "Desperate Measures". In "Brick in the Wall", "Bell" can collect Franz Kraus's ledger that contains how much the agents spent and where they went. In "Desperate Measures", Dimitri Belikov can find a wristwatch that contains a dead drop list of the three sleeper agents, but the location of the wristwatch is random. With the evidence collected, the player can pint point which suspect is the "Strong Man", the "Bearded Lady", and the "Juggler".

If "Bell" managed to collect the evidence from previous operations and pick the correct suspects, Mason and Woods are sent by Sims and the CIA to eliminate Rudnik. At the Soviet military base in Uzbek, a radio tower is destroyed, distracting the Soviet military in the area and sending Rudnik to hide with his soldiers protecting him. When Mason finds Rudnik, he flees to a secondary location to be protected, and prepares to eliminate the CIA agent with his handgun. However, Mason eliminates Rudnik and his men, and takes a photo of the major's corpse to confirm to the CIA that he was eliminated and leaves the area with Woods. During the operation, another CIA team was sent to eliminate the three sleeper agents, thus crippling Perseus's spy network in Europe.

In the mission "Interrogation", Rudnik appears with Perseus and his spy network in "Bell's" memory.

If the CIA succeeded in stopping Perseus from detonating nukes across Europe, CIA agents Jason Hudson and Emerson Black discuss the aftermath of their operations. If the player eliminated Rudnik and his spies, Hudson will tell Black that this will deal a significant blow to Perseus and his network within Europe. In additionally, these will cause Perseus and his network to lose foot holdings within the political infrastructure of the European government.

If the player didn't eliminate Rudnik but did stop Perseus's plans, Hudson will inform Black that though they saved Europe, Rudnik is still handling embedded spies in Europe. He will also that they could have done more, but Adler and his team didn't have time due to Perseus's plans.

If "Bell" betrayed the CIA but helped the agency eliminate Rudnik, Perseus will state that the major's death was a terrible loss for his network. However, Perseus is hopeful that he could still move forward with overthrowing the European government, which will allow the Soviet Union have more power.

If "Bell" betrayed the CIA and didn't help them eliminate Rudnik, Perseus tells "Bell" that the agents stationed within the European government are prepared to take over. 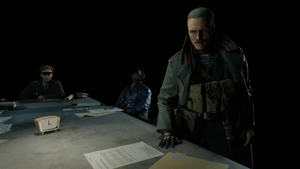 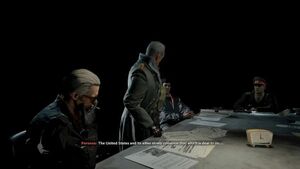 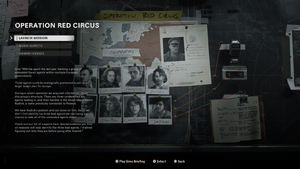 Rudnik's photo with the suspects on the board. 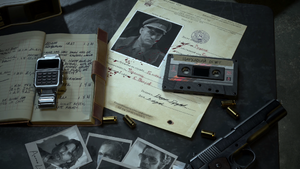 Rudnik's photo with the suspects in the opening cinematic of "Operation Red Circus". 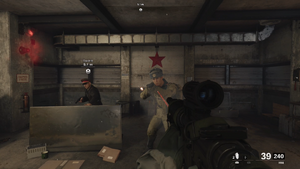 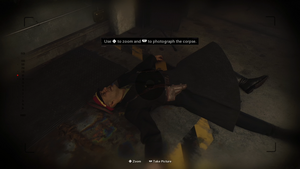 Rudnik's corpse with Mason taking a photo to confirm his death (player-determined).