Trying to get close to Booster.

Bossing around and berating Dodo.

Defeat Mario and his allies.

Valentina is a beautiful woman who wears a white dress, has what appears to be a parrot on top of her head in place of hair, and is always seen carrying a martini glass.

Valentina took control of the Nimbus Land region by forcing her minion, Dodo, to impersonate the land's true prince, Mallow. She imprisoned the true king of Nimbus inside the palace, and told the citizens that he was very ill. She then declared herself queen.

Mario managed to enter Valentina's castle in the guise of a statue, then managed to find Valentina. After a short chase, Mario and his allies caught up with Valentina and battled. Mario defeated Valentina, who falls out of Nimbus Land (and into Booster Tower). With Valentina out of the way, Mario and his allies were able to release Mallow's parents out of captivity, and they reclaimed their right to rule Nimbus Land.

When you go back to Booster's Tower on the balcony, it is shown that Valentina being proposed to marry Booster. At first she refuses, but then she changes her mind when one of the Snifits whispers to her what Booster said. Valentina thought it was a sweet thing to say and gets closer to Booster, who in turn tries to get away from. In the end, they get married in Marrymore.

Valentina has been shown to be an extremely bossy and domineering person who seems to treat her henchmen and just about everyone else around her with as little respect as possible. Despite the blatant disrespect she shows toward her underlings (especially towards Dodo), as well as the apparent hatred they have toward her (as shown in Birdy's Psychopath), they still remain loyal to her regardless. Valentina also thinks a bit highly of herself, believing herself to be beautiful beyond compare, as well as a refined "art buff". 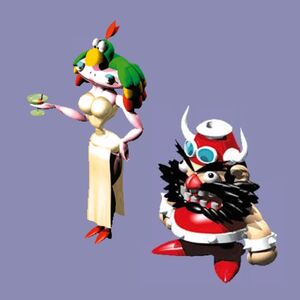 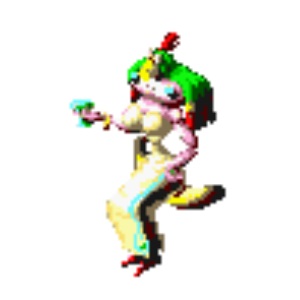 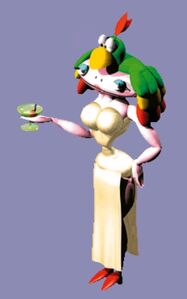 Add a photo to this gallery
Retrieved from "https://villains.fandom.com/wiki/Valentina_(Mario)?oldid=3165448"
Community content is available under CC-BY-SA unless otherwise noted.